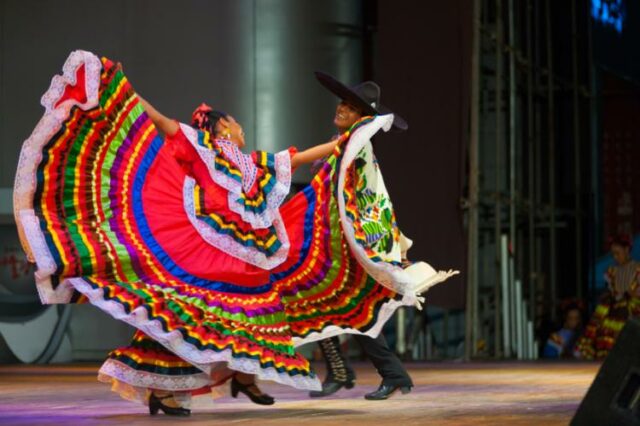 EAST TEXAS – Thursday marks the fifth of May, or what has come to be known as Cinco de Mayo. Celebrations, fiestas, and extravagant parades will be held throughout the state of Texas and the nation. The question remains, however, what are people celebrating on May 5?

Many people believe the day is a celebration of Mexican independence from France, but that’s not the case. The date is perhaps best recognized in the United States as a date to celebrate the culture and experiences of Americans of Mexican ancestry.

The actual event behind the celebration of Cinco de Mayo was a battle fought in the Mexican state of Puebla against the French. The revolt and subsequent independence of Texas from Mexico in the 1830’s, the Mexican-American War fought between the years of 1846 and 1848, the Mexican Civil War of 1858 and the 1860 Reform War had left the Mexican national economy in a state of shambles.

The continuous political and economic upheaval in Mexico bankrupted the country and caused Mexican President Benito Juarez to declare a moratorium on debt repayment for two years to several European countries. Spain, England and France all sent naval warships to Mexico demanding reimbursements for the debts owed.

Spain and England entered into negotiations with Mexico and reached an accord for repayment, thereby avoiding armed conflict. France, however, was seeking to restore its declining empire and viewed Mexico as ripe for the taking.

At that time, France was ruled by Napoleon III, the nephew of Napoleon Bonaparte. Napoleon hatched a plan to use the events taking place in Mexico to his advantage in an attempt to expand the French empire.

He sent a large naval fleet to invade Mexico and stormed the port city of Veracruz, causing the Mexican military to retreat. After conquering Veracruz, the French military pressed onward towards Mexico City. They met with heavy resistance in the Mexican state of Puebla, at the Mexican forts of Guadalupe and Loreto.

The French outnumbered the Mexican Army by an almost three to one advantage and were much better equipped. However, the military might of France was no match for the Mexican Army, led by Gen. Ignacio Zaragoza, as the French were handed a crushing defeat on May 5, 1862. Aside from a loss to Russian forces in an 1854 skirmish, it was the first battlefield failure for France in nearly 50 years.

Time Magazine stated, “Although not a major strategic victory in the overall war against the French, Zaragoza’s success at Puebla represented a great moral victory for the Mexican government. The Puebla victory came to symbolize unity and pride for what seemed like a Mexican David defeating a French Goliath. It was a glorious moment for Mexico. It helped establish a much-needed sense of national unity and patriotism.”

Thus, the celebration of Cinco de Mayo was born.

The victory was short lived for Mexico, however. The French sent tens of thousands of re-enforcements and swept into Mexico City. They installed Maximilian I as ruler of Mexico in 1864, but his tenure was also short lived. As the Civil War in the United States ended, the U.S. was able to assist Mexico in its resistance to the French. By 1867, Mexican forces had expelled the French, executed Maximilian I and returned the country to self -government.

The first recorded celebration of Cinco de Mayo was in the late 1860’s by a group of Mexican miners. According to the UCLA Center for the Study of Latino Health and Culture, “The American focus on that day first started in California in the 1860s in response to the resistance to French rule in Mexico. Far up in the gold country town of Columbia, Mexican miners were so overjoyed at the news (of the Mexican victory in Puebla) that they spontaneously fired off rifle shots and fireworks, sang patriotic songs and made impromptu speeches.” The UCLA Center also went on to note that while the celebration has grown into a holiday in the U.S., it goes “virtually ignored in Mexico.”

“In historical terms, the battle that communities across America are preparing to celebrate this Thursday isn’t that significant,” John Renteria, director of Centro Civico Mexicano, said. “The May 5, 1862, Battle of Puebla is barely even noticed in Mexico,” Renteria said.

“It’s become more of a cultural, commercial phenomenon in terms of building awareness and educating the public about the Mexican culture,” Renteria said. “It’s really a U.S. day, not a Mexico thing, and that’s fine with us.”

On June 7, 2005, the U.S. Congress issued a Concurrent Resolution which urged President George W. Bush to issue a proclamation calling upon the people of the United States to observe Cinco de Mayo with appropriate ceremonies and activities.