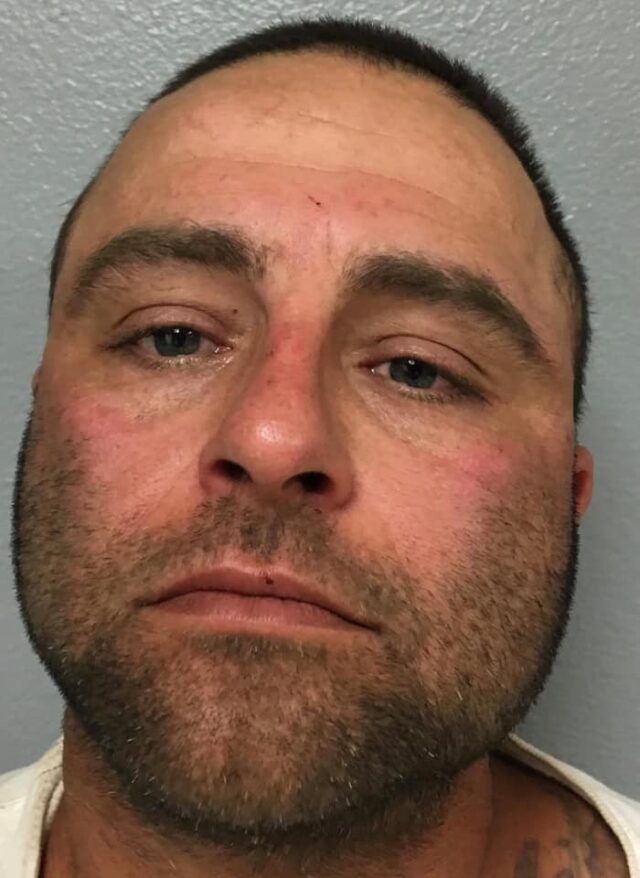 GROVETON – Just over two years ago – on Aug. 21, 2019 – a police pursuit which originated in Trinity came to an abrupt end on the outskirts of Crockett when the vehicle being pursued slammed into a Crockett Police Department Patrol Unit.

The driver of the vehicle was identified as 45-year-old Leif Epperson Gonzalez from Huntsville and earlier this week, a Trinity County jury sentenced him to three concurrent life sentences for his actions on that day.

During the course of the trial, evidence was presented which showed Gonzalez went to an ex-girlfriend’s house on Aug. 21, 2019 and got into an altercation with her. The jury heard how the ex-girlfriend had been punched, kicked, stomped and choked. Trinity County District Attorney Bennie Schiro also presented evidence of a boot print on the ex-girlfriend’s neck where Gonzales had stomped on her during the assault.

The evidence further showed the ex-girlfriend was able to break free, then ran into her residence and locked the door. The jury also learned Gonzalez returned to his vehicle and produced a firearm and threatened to “… end this now”.

In a post to his Facebook page, Trinity County Sheriff Woody Wallace stated, “At that time, Gonzalez began kicking the door of the residence in an attempt to gain entry. Gonzalez was unable to gain entry and left. After Gonzalez left and while Trinity Police were on scene conducting an investigation, Gonzalez showed up again. When Police Officer Amando Padilla attempted to speak with Gonzalez, he attempted to ram the police vehicle of Padilla and then proceeded to lead Padilla on a high-speed chase to Houston County.”

Following the trial, the Trinity County DA explained Gonzalez was facing a burglary charge and had prior felonies which enhanced his punishment to the three life sentences. Sheriff Wallace expounded on this, saying “… Gonzalez has caused multiple problems in the jail since being incarcerated, including many fights. Gonzalez also had a history of two prior felonies, one in Texas for injury to a child and a second in Oklahoma for aggravated assault.”

Two years ago, on the day after the pursuit, Crockett Police Chief Clayton Smith reported “Trinity PD initiated a pursuit and pursued him into Houston County. The Houston County Sheriff’s Office got involved and they notified us (Crockett Police Department) to have our officers deploy spike strips or stop sticks. We had two units that successfully deployed stop sticks.”

The police chief said he was on his way home when he received information about the pursuit.

“I went back to the office, got in my car and went out with them. I parked in the intersection with the idea of causing the suspect to go around the loop (Loop 304) and not go through the more populated areas. He decided he was going to come on through,” Smith said.

“He was going well over 90 miles-per-hour when he hit it. We got him out of the vehicle, and transported him to the hospital with non-life-threatening injuries. He was later released and transported to the Trinity County Jail,” Smith said.

There were no police officers injured during this incident.