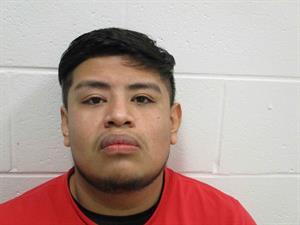 CROCKETT – A Crockett man is behind bars after an underage female victim made an outcry of sexual assault to officials with the Houston County Sheriff’s Office on Monday, Jan. 25.

Luis Angel Garcia-Gonzalez, 23, was taken into custody on Jan. 27 and charged with aggravated sexual assault, a first-degree felony.

According to an affidavit of probable cause, last Monday, a minor female provided a statement to the HCSO indicating she had been forced to have a sexual relationship with Garcia-Gonzalez.

“The minor female stated that she started having sex with Luis Angel Garcia-Gonzalez on May 9, 2019. According to the minor female, Luis Gonzalez told her if she did not start having sex with him, he would hurt her family members, physically. The minor stated he would have her sneak out of the house at night and meet him by a school,” the report stated.

The affidavit conveyed the sexual relationship lasted until mid-August of 2020 and also indicated the minor female had not had contact with Garcia-Gonzalez since that timeframe.

“The reason this was reported,” the affidavit explained, “is the parents of the minor found evidence on her telephone that the relationship had existed.”

Garcia-Gonzalez is currently held at the Houston County Jail on a $20,000 bond.