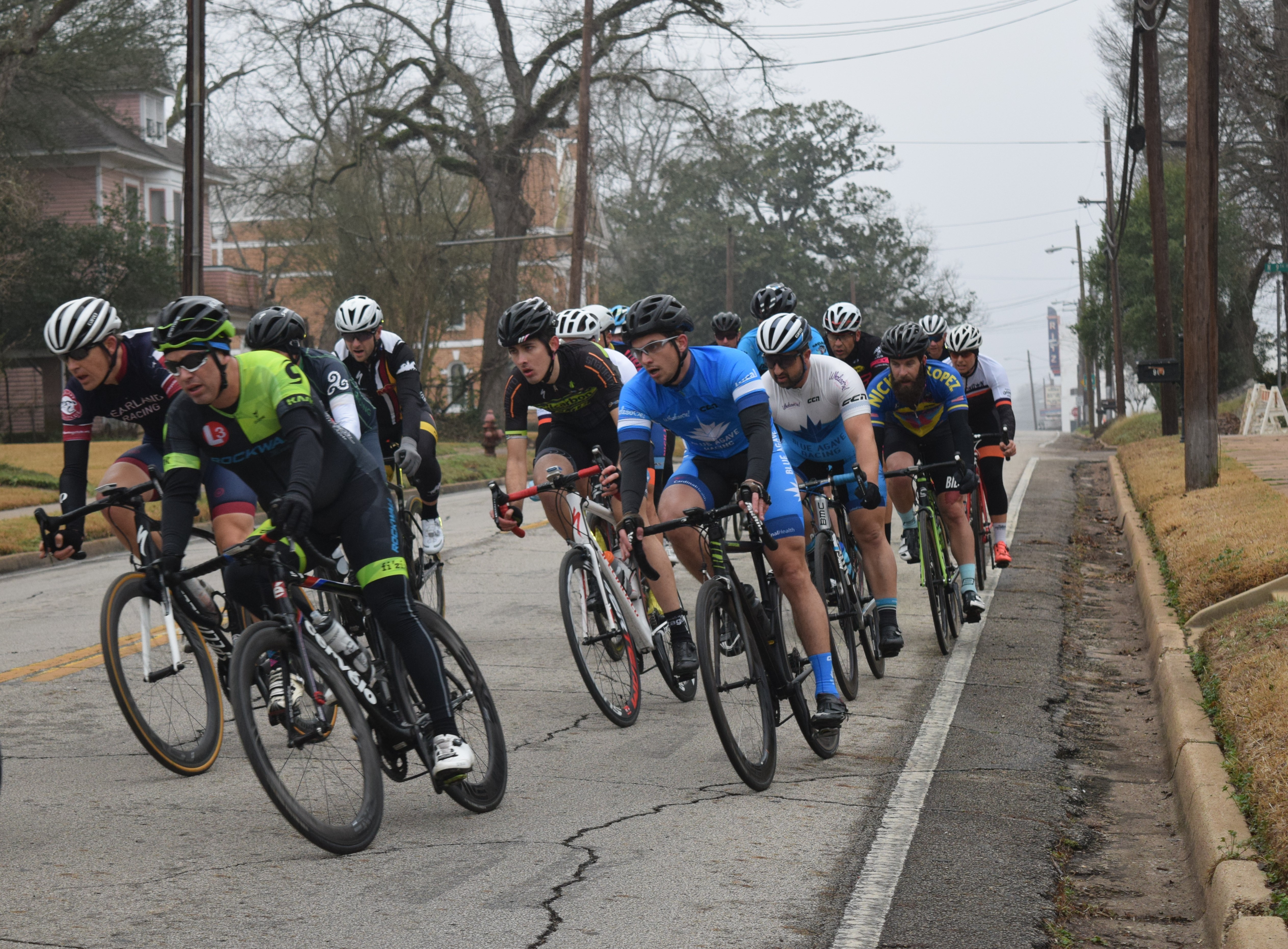 CROCKETT – It was cold and wet this past weekend but that didn’t stop over 300 cyclists from around Texas and surrounding states from descending on Crockett for the Second Annual Davy Crockett Classic bicycle races. 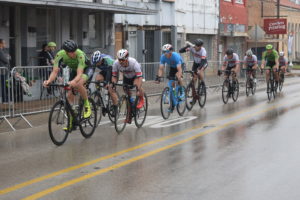 The weekend events got started with a new feature this year – the time trials. In the time trial, cyclists took off one at a time for a race against the clock. The start/finish line was the intersection of Loop 304 and FM 229.

According to Local Bike Racing Director Alex Montoya, the time trials course is an 8.4 mile “out-and-back” course on FM 229. Junior riders did a 4.2 mile version of the course.

Following the time trials, the venue changed from the back roads to the mean streets of Crockett for the criterium. 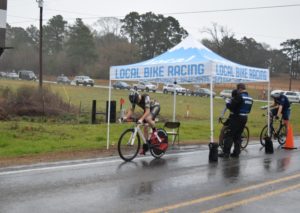 As to what a criterium (or crit in cycling argon) is, Montoya previously explained, “It’s a closed circuit race where riders make several laps around the course. These are a lot more common in the U.S., but they rarely end in a downtown or cool venue like this,” Montoya explained.

After the Saturday races had been completed, the cyclists took a break to dry off and warm up but hit the road once again for the Wild Frontier Road Race on Sunday, Feb. 11.

Starting at Tyer Real Estate located at 200 N. Fifth St, the cyclists travelled down FM 2022 and exited the Crockett city limits. They then followed FM 2022 into Percilla. At the intersection of FM 2022 and FM 228, the route turned right onto FM 228 and headed east. The riders followed the road to FM 3016 (the Liberty Hill road) where they turned right and headed towards FM 227. 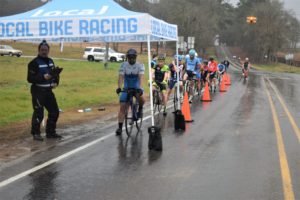 “We plan to come back next year. We’re just going to do it once a year, at the same time every year,” Montoya said following the conclusion of the weekend’s event.

He said this year’s race drew 320 entrants “… which was double what we had from last year. People really liked it. I 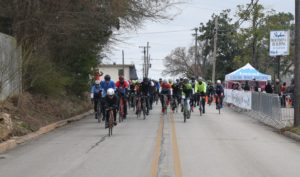 got quite a few positive comments on the courses. A lot of people liked the new downtown race course.”

Montoya also said he had received several comments from area businesses expressing their appreciation for the race.

“The restaurants were happy and every hotel in town was sold out. We had people staying in Palestine just so they could have a place to stay. Overall, it seemed pretty successful,” 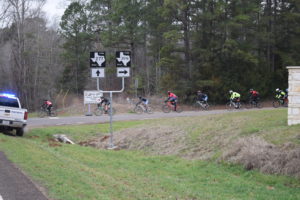 In regard to next year’s event, Montoya said he hopes to grow the popularity of the weekend of racing.

“I want to focus on what we did and do better. We’d like to see a bigger turnout going forward,” he said.

When asked about the weather conditions faced by the competitors, Montoya laughed a little and said, “On Sunday, it was so cold the water on the cyclists’ helmets was turning to ice.”