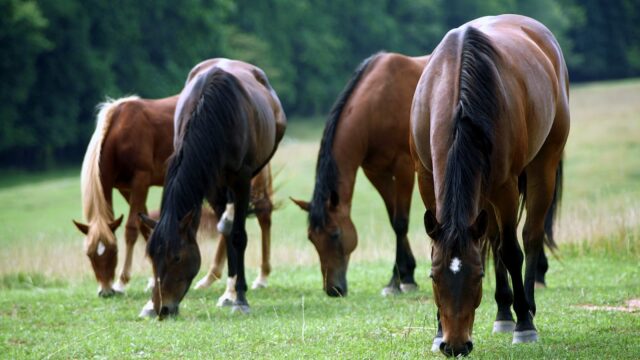 County Commissioner Gives His Side

Shortly before the auction was scheduled to occur, however, co-owner Kirk Smith was informed by county officials that the county would not allow the sale to forward.

Meanwhile, just down the highway, the Elkhart Horse Auction was allowed to hold an online auction.

In the last edition of The Messenger, Kirk Smith – co-owner of the Anderson County Livestock Exchange – was interviewed at length about the matter. Anderson County Judge Robert Johnston was also contacted about the auctions and provided several counter arguments to what Smith was saying.

An attempt to reach Anderson County Precinct One Commissioner Greg Chapin – also involved in the auction cancellation – was unsuccessful before press time. Shortly after the paper went to press, however, the county commissioner reached out to The Messenger to give his side of the events that transpired.

“What he told you was kind of right. What happened was the two businesses wanted to conduct a horse sale – he has a cattle sale and his cattle auction was not shut down,” Chapin said.

The sale at the Livestock Exchange was scheduled for Saturday, April 4, while the Elkhart Horse Auction holds a weekly sale every Saturday.

“When this was brought to the judge’s (County Judge Robert Johnston) attention on Wednesday (April 1), that the sales were being conducted and we were under the ‘stay-at-home’ order, he was going to send the officers (Anderson County Sheriff’s Office deputies) to tell them they could not have their sale because they were probably going to have between 400 and 500 people,” Chapin said.

“I took the liberty of calling both of them,” he continued. “I told them that both sales were being shut down due to COVID-19. We were going to take precautions and not invite people from out of the county.”

Chapin said Smith understood but added he had spent several thousands of dollars on advertising.

“Everyone agreed, but the lady (Donna Thomas) at the Elkhart Horse Auction called back and asked if it was okay if she had an online sale. Every week, hers is a public sale as well as an online sale. I said let me call the judge and ask him – so I did – and I told him the Elkhart lady wants to know if she can still have her online sale. He said I don’t care about the online sale, but she cannot have all those people on the premises and when they’re dropping off the horses, they can’t get out of their trucks.”

The commissioner said he called Lewis and she assured him the people who showed up for the online sale would not be allowed to get out of their trucks. She explained the sellers/buyers would drop off their animals and leave the area.

“So, that’s what they did,” Chapin said. “They had their regular, online auction and shut the public auction down. Well, that guy (Smith) was told to shut his down and he’s mad because he wasn’t given the online option. We didn’t know that was an option for him. We didn’t think about it. He’s mad because we didn’t call him back and ask if he could put together an online sale in three days.”

Smith was also angry, according to Chapin, because the judge didn’t speak to him directly. He stressed Johnston had a few things on his plate with the Coronavirus, adding Anderson County had reported four new cases of the virus on Tuesday of this past week.

“We’ve also got the prison thing going on (COVID-19 outbreak in Tennessee Colony’s Beto Unit). They’re taking care of themselves right now. It’s all that and he wants to know why the county judge just doesn’t stop and run down there to see him to explain why the other place was allowed to have their sale,” he said.

Chapin went on to say he had communicated with the judge who informed him if Smith was able to have an online auction and keep all the people from gathering, he didn’t care if he held the horse auction.

“He (Johnston) said I didn’t know the online thing was an option. He didn’t call and ask me that. I just told him he couldn’t have his public sale. So, that’s where we’re at. I hate to cause anyone any grief or cause him (Smith) to lose money, but there are a lot of people in this thing losing money right now. There are a lot of families who are suffering from it (COVID-19) right now,” Chapin said.