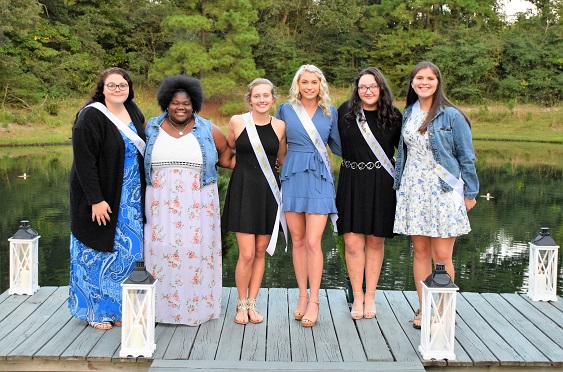 100 Made Available to Public

GRAPELAND – Stop the presses! Grapeland Chamber of Commerce President Brandon Bridges has announced there will be a limited number of tickets to the 2020 Peanut Queen’s Coronation available to the public, beginning on Saturday, Oct. 10.

Bridges explained because of COVID-19 protocols, spacing between audience members would still be enforced.

“Masks will be required for the event. It will begin at 7 pm next Saturday night, Oct. 17. The tickets are limited and are on a first come, first serve basis. Tickets will not be available at the door. Period,” he stressed.

Amy Cutshaw will be in charge of ticket sales, Bridges said. Tickets are $15 each.

“The queen’s contestants have already received their allotment of tickets and they will be down in the front,” he explained.

As far as social distancing, Bridges explained Cutshaw will assign the seats at the time of purchase.

“I want to reiterate, the tickets will be sold on a first come, first serve basis. You will not get in the auditorium without a mask on and we will open up both entrances to the auditorium so the lines will not be too long. Usually, we sell about 300 to 400 tickets but this year with the girls, their families and these tickets, we will probably have less than 200,” he said.

“We were not going to do this, until this week,” Bridges added. “We were not going to open this to the public and we were not even going to have live judging at the event. (Pageant Coordinator) Tammy (Hassell-Anderson) changed her mind on it. She decided to basically reformat the whole pageant where the girls will be judged live on the night of the pageant.”

Originally, the chamber president said, the pageant was slated to be recorded on video. After the video had concluded, the contestants would enter the stage wearing their evening gowns and the winner would be crowned.