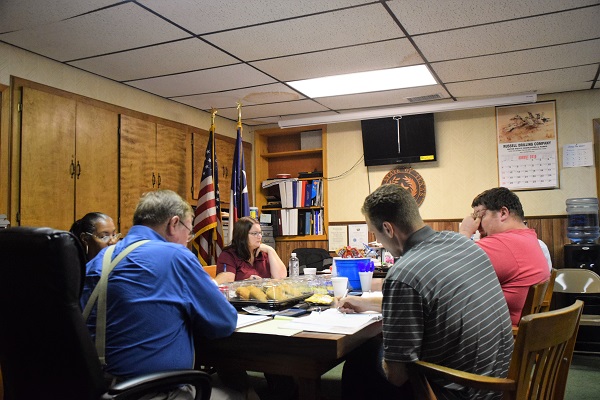 GRAPELAND – Tax time in Houston County has taken a decidedly different turn this year as many governmental entities have lowered the tax rate or kept the tax rate the same as it was in 2019.

“What we’re doing is when we did the budget – the budget was based on the information we had at the time – I’m happy to tell you we now have the revised budget. The revised numbers will allow us to reduce the tax rate. It will go from 0.610526 to 0.603191 (per $100 of property valuation),” Mayor Balis Dailey informed the council.

“That, along with the school district, has helped the county overall,” he continued. “Great job guys. We are asking for that approval because we want to publish it in the paper so they (the taxpayers) can see what it is. There doesn’t have to be a public hearing on it because we are below the rollback rate. We’re right on it. We don’t have to have any public hearings on it but we do want to publish it in the paper.”

The effective tax rate is 0.558511 per $100 of property valuation. According to Section 26.16 of the Texas Property Tax Code, “The effective tax rate is the rate that would generate the same amount of revenue in the current tax year as was generated by a taxing unit’s adopted tax rate in the preceding tax year from property that is taxable in both the current tax year and the preceding tax year.”

In other business brought before the council: