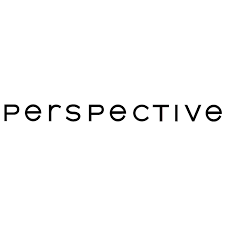 EAST TEXAS – For the vast majority of high school athletes, dreaming of making it to the next level is a part of every practice and every game. Unfortunately for most, the dream remains just that – a dream.

That’s not to say if an athlete puts in the work, strives to do their best on every play, has a little luck, avoids injury and excels in the athletic arena they won’t have a shot at playing ball in college or even possibly at the professional level.

However, fans and parents of these young athletes need to keep things in perspective. It is a rare thing indeed for a high school football star to make the leap from a Class AA, AAA or AAAA school in East Texas to the DI level or the NFL.

Palestine High School is the largest high school in the area and the Wildcats have sent less than 10 players to play in the NFL. The Wildcats have been playing football since 1910. If an average of 30 kids per year played football in Palestine that would equate to over 3,000 players. If 10 made it to the pros, that’s still less than one percent.

Parents – while your son or daughter may be the apple of your eye, the odds are he or she will not be the next Adrian Peterson. Yes, he may be good and yes, he or she may be the best player on the field or court but truthfully if they can’t crack the five second barrier in the 40, they’re probably not going to get a call from Nick Saban in Alabama or Geno Auriemma in Connecticut.

Encourage them to do their best, console them when things don’t go well, but above all, be honest. Do not set your child up for failure by setting unreachable expectations. Because if you do – and the scouts from A&M, UT or Baylor never show up – you will have created the potential for a bitter young man/lady at the age of 18.

Two-a-days start for most schools in the area on Aug. 1. Some kid will probably come out of nowhere and turn a few heads during the first weeks of practice. Then, he may explode on to the scene in Week One, Week Two or whenever.

Unfortunately, the budding high school superstar will make a mistake. Excuses will be made on his behalf such as “He’s only a freshman,” or “He’s so young and he’s still learning.”

Fortunately, most will learn from their mistakes. There are those select few, however, who learn their athletic prowess will allow them to – literally – get away with murder (see O.J. Simpson).

Regardless of a person’s abilities on the gridiron, they should be held to the same standards as everyone else.

If a returning all-state pitcher and the third string catcher of your high school baseball/softball team are equally culpable of breaking the law or violating team rules, both should receive the same punishment.

That’s not always the case. Often times the all-state pitcher is given a slap on the wrist while the figurative “partner-in-crime” – the third string catcher – is given his or her walking papers.