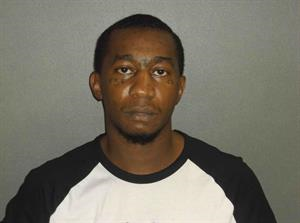 CROCKETT – A 29-year-old Crockett man has been taken into custody and charged with sexual assault, after it was alleged he had sexual relations with a 15-year-old female during December of 2018.

According to an affidavit of probable cause, Crockett Police Department Detective Leea Price took a statement from the 15-year-old on Jan. 17 “… alleging that she and Brian Purvis had sex on multiple occasions during the month of December 2018.”

The report stated the girl was brought in to the police department by her mother because behavioral issues. While at the police station, officers learned the juvenile had contracted two sexually transmitted diseases “… from a sexual relationship she had with Purvis.”

While speaking with the detective, the 15-tear-old victim indicated had engaged in sexual relations three or four times with the last time being on Dec. 24.

“She advised that he (Purvis) was her only sexual partner, so she was positive she got the diseases from him. While talking, she said that Brian had choked her one time when he got mad at her. She didn’t black out and was able to get away from him,” the affidavit reported.

In the legal document, Price reported she had been seeking the whereabouts of Purvis for over three months and added the victim had positively identified Purvis “… from an ID photo I showed her.”

Purvis was apprehended on May 2 and booked into the Houston County Jail on one count of sexual assault, a second degree felony.