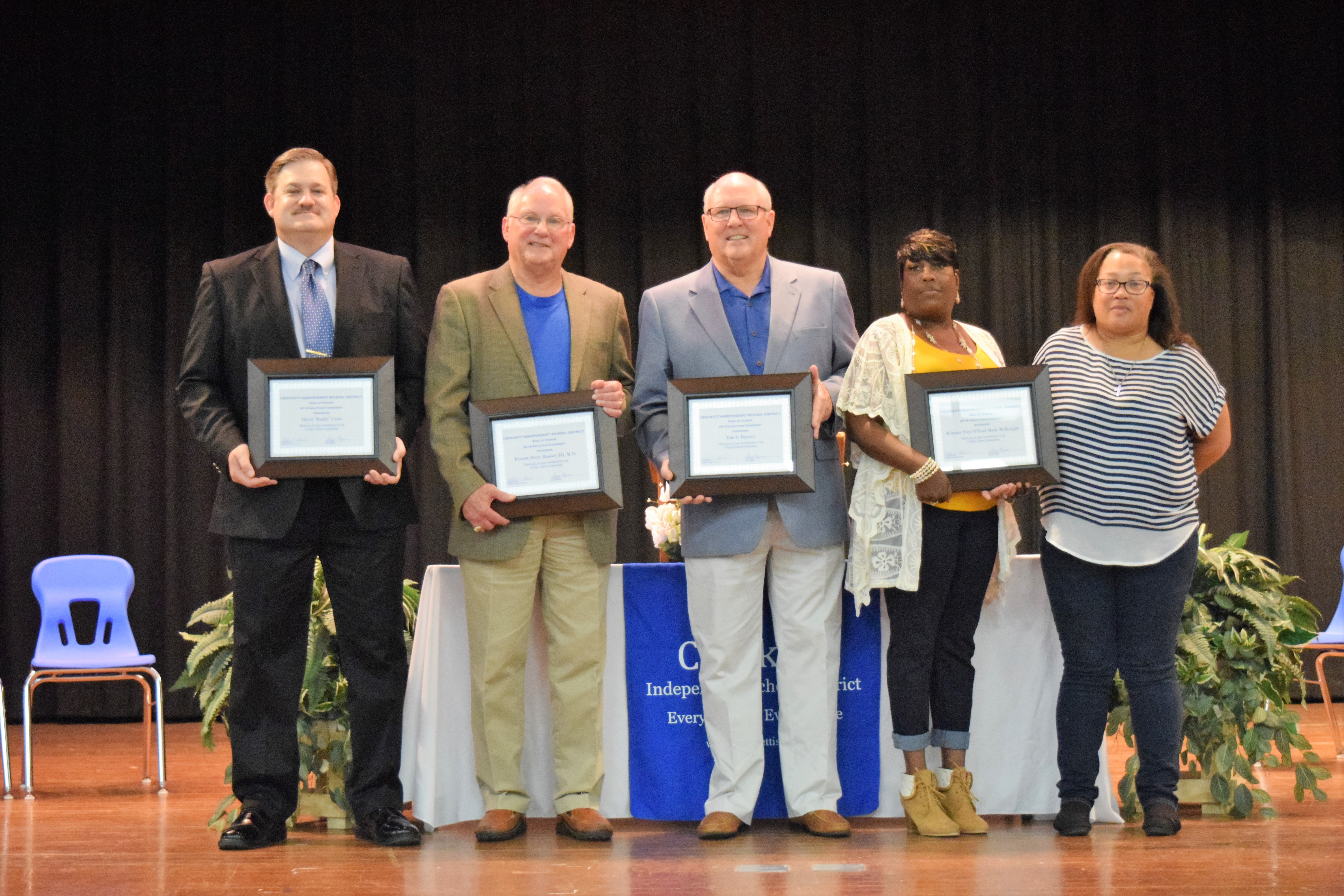 CROCKETT – The 2018 celebrations planned for the Crockett Independent School District and the 2018 Homecoming Court were forced indoors after late-afternoon thunderstorms rolled through the East Texas area on Friday, Spt. 21. 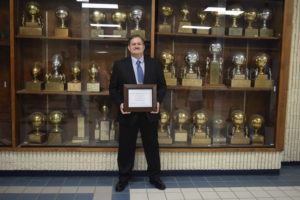 As they say, however, the show must go on and go on it did. The evening festivities began with the induction ceremony of four individuals into the Crockett ISD Ring of Honor. They were: David “Buddy” Cro

The Ring of Honor ceremony was emceed by CISD Board of Trustees member Ansel Bradshaw. Following Bradshaw’s opening remarks he invited 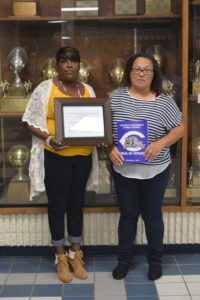 Dr. John Garner – another CISD Board of Trustees member – to lead the invocation.

Once the prayer concluded, CISD Board President Lela Wheeler introduced the remainder of the board including: Vice President Trey Young; Secretary Karen Johnson; Mo Amjad and Roy Johnson.

CISD Superintendent Terry Myers assumed the podium after the board introductions and welcomed those in attendance.

“This is a special time around the school. You remember the inductees and what it was like to play in a homecoming game or to be here for the homecoming 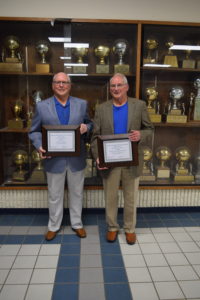 festivities. All of you probably remember participating in one of these events. You can see we are all dressed in school colors and I want to tell you, our school district is alive and well and taking care of our children each and every day,” Myers said.

“I really appreciate you folks coming back to receive this honor and to be part of what we are still doing in this school district. Remember, it takes a village to raise a child. It takes all of us who are alumni or have some type of allegiance to this school district to raise these children and continue to tell them what a great privilege it is to raise and educate them in this community,” the superintendent remarked.

The Crockett High School Band was up next to play the school song and the CHS fight song followed by Bradshaw’s return to the stage for the induction ceremony.

Each of the four inductees – Mrs. McKnight was represented by her daughters Rita Wallace and Dana Montgomery – was called to the front of the stage where Bradshaw read off their high school accomplishments and what they have done after their school days. 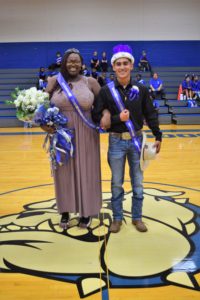 CISD Asst. Superintendent John Emerich closed the ceremony with the benediction, the 2018 Homecoming ceremonies were getting cranked up in the gym next door.