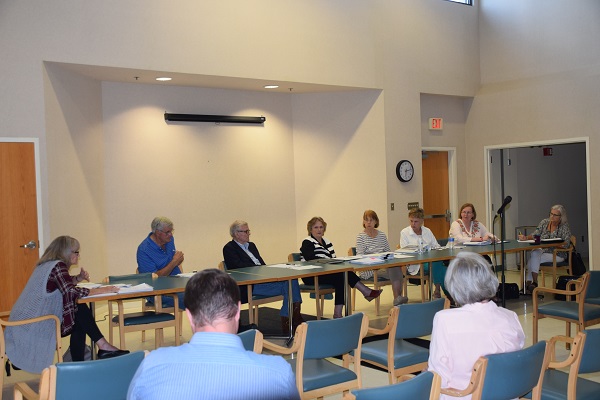 HOUSTON COUNTY – Despite some impassioned talking points, the Houston County Hospital District Board of Directors voted to keep the Fiscal Year (FY) 2020 tax rate at the same rate of 0.149405 per $100 of property valuation as it had in FY 2019.

The motion was seconded by board member Rhonda Brown.

HCHD Board President Barbara Crowson sought clarification on the matter and asked if Pipes meant to keep the same rate as the previous year.

“Even though you’re aware our appraisals are likely to be up?” Crowson asked.

“We are going to get basically the same amount of money we got last year,” Pipes said.

Crowson asked if anyone had any more comments before putting the motion to a vote and Board VP Dr. John Stovall said he did.

“That will cost us a little over $152,000 to do what you’re suggesting. If we leave the rate the same, we will collect another $152,000 and some change. That is something to consider. I understand that people’s valuations are going up but our expenses are going up, too,” he said.

“Carol,” Pipes said, “I want to read something to y’all. You ran your ad – the five of you who ran last time – and in your ad it said, ‘We are not proposing future tax increases. The tax rate is capped by law and voters have rejected raising it. With the forgiveness of the $4 million debt, the HCHD is in much better financial condition and a tax increase is not needed.”

“It’s a matter of semantics,” Stovall said. “We’re not talking about raising the tax rate. That’s what we ran on.”

“That didn’t say the tax rate,” Pipes replied. “It said a tax increase.”

“That’s what I said,” Stovall shot back. “It’s semantics. It’s how you interpret that phrase.”

Brown added, “According to the tax assessor, the effective rate is the 0.136623. We won’t have to do any hearings, no paperwork, no newspaper ads or anything else. We can just move forward and have one meeting.”

Following a moment of cross talk, Crowson spoke up and said, “You have to remember, the debt we owe to the Texas Higher Education Commission is $203,000. Yes, we are doing everything we can to negotiate a better deal. And we have had a little bit of a reason to be somewhat optimistic. But, on any day, we could get a demand letter. That is scary. My goal is for us to operate in the black.”

The board president further indicated the county was seeking payment from the HCHD for “… jail inmates who require indigent care and that number is exorbitant. We are working to see what we need to do or have to do. We have never paid that but they are requesting it, or in a sense, demanding it. Couple that with the situation we recently had on this campus with the air conditioning and I’m reluctant to do anything to lower the amount of money we have coming in. I’m like anyone else, I don’t want to pay any more taxes, but I needed to say that.”

After the tax rate discussion veered off course for approximately five minutes, Crowson managed to steer the directors back to the matter at hand and called for a vote on the tax rate.

The measure to move the tax rate to the effective rate of 0.136623 per $100 of property value failed by a vote of three in favor, four against and one abstention. Brown, Pipes and Harvey Bruner voted in favor of using the effective rate while Crowson, Dawson, Stovall and Pat Dickey voted against the measure. Karen Duncan abstained from the vote citing a lack of information.

Another motion to keep the tax rate at the current rate of 0.149405 per $100 of property valuation was put forth by Stovall.

“I will re-iterate, if we get in a little bit better financial shape, I would certainly not be against lowering the rate. Not just to the effective rate, but actually lowering the rate, if possible,” Stovall added.

Before the vote was taken, Crowson explained, “Does everyone understand this is just a vote on our intent? We will actually set the tax rate – we must do it before Sept. 11.”

The measure to keep the tax rate at the current rate of 0.149405 per $100 of property value passed by a vote of four in favor, three against and one abstention. Crowson, Dawson, Dickey and Stovall voted in favor of keeping the current tax rate while Brown, Bruner and Pipes voted against the measure. Duncan abstained from the vote once again, citing a lack of information. Board member Erin Ford was not present at the meeting.