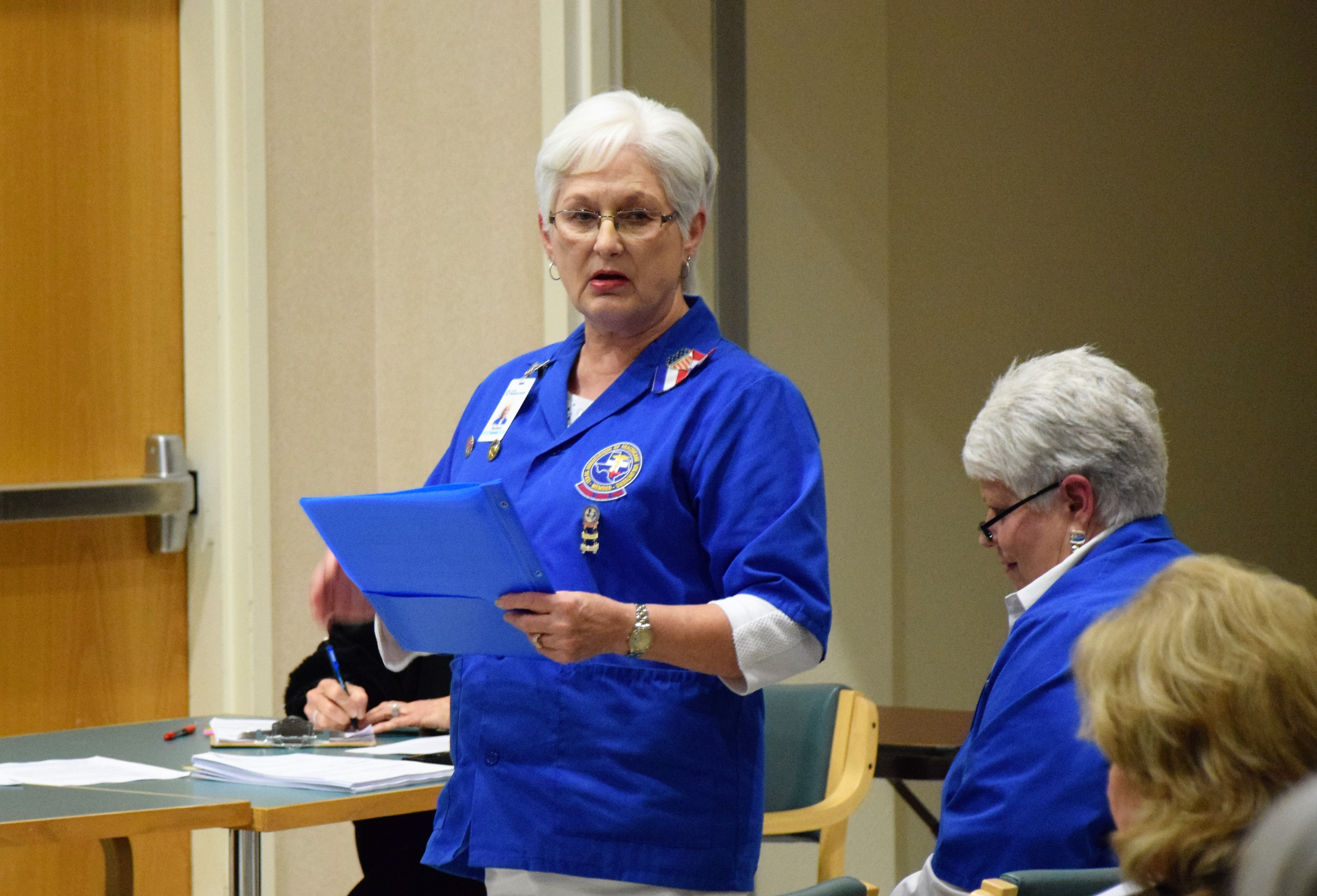 HOUSTON COUNTY – During a meeting of the Houston County Hospital District (HCHD) Board of Directors held on Tuesday, Jan. 15, volunteers with the Crockett Medical Center (CMC) were recognized for their efforts in helping to make the hospital successful.

Pam Ainsworth, the president of the hospital auxiliary, spoke on behalf of the volunteers and said currently there were 22 active members. She said there were four male volunteers and two retired registered nurses within the membership.

“The rest of us come from a sundry of backgrounds but the thing that bonds us together is the desire to give back to the community through volunteer work,” Ainsworth explained.

As she continued, Ainsworth said the volunteers currently worked in the gift shop and at the information desk.

“Our gift shop opened on Sept. 9. When we opened our gift shop, we started with very little because we lost most everything when Timberlands closed down. With contributions from the community, we re-opened and things are going pretty well for us,” she said.

As she continued Ainsworth said one of the things the hospital volunteers are most proud of is the scholarships they are able to offer to one graduating senior from each school district in Houston County.

Next, Ainsworth introduced Barbara Minton – the secretary of the auxiliary and chairperson of the scholarship committee.

Combined with the high school scholarships, Minton said the auxiliary had provided $82,000 in scholarships.

“These funds come from proceeds from the gift shop and our loyal volunteers. Our plans are to continue to offer scholarships this year and we will take applications to all high schools in March 2019,” she added.

Once Minton concluded, Ainsworth said she would like to see the auxiliary increase its activities and become more involved with the hospital.

HCHD Board President Dr. Bob Grier expressed his appreciation to the auxiliary and remarked, “I can’t imagine a hospital without volunteers. Thank you again.”

Following the volunteer recognition, Tommy Johnson was introduced as the new hospital administrator for CMC.

Johnson said he got his start in the world of medicine as an EMT, became a nurse and then moved into administration.

As the meeting continued, HCHD administrator Dick Murchison reported the May elections were fast approaching. He said Places One, Three, Five, Seven and Nine would be on the ballot.

“The petitions (to be on the ballot) require 100 names. I would recommend getting 125 because a lot of people don’t know if they are registered voters and when we go back and check, we have to throw some ballots out. I brought 10 petitions with me tonight. If we run out come by my office. These petitions are due back in my office by 5 p.m. on Friday, Feb. 15,” Murchison said.

Murchison also explained several districts should be combined and once he concluded, a resolution was passed to call for the elections.

In other matters brought before the board, it was announced Dr. Perry Ramsey would be resigning his position on the board.