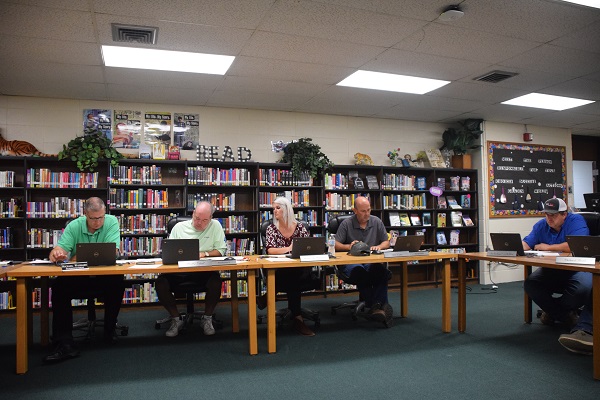 LATEXO – The Latexo Independent School District Board of Trustees met in regular session on Thursday evening, Sept. 9 in a meeting highlighted by a report on the district’s Financial Integrity Rating System of Texas (FIRST) ranking.

LISD Business Manger commented this was the 19th year of FIRST, a financial accountability system for Texas school districts developed in response to Senate Bill 875, passed by the 76th Texas Legislature in 1999.

She explained one of four ratings were assigned to Texas school districts. The ratings are: A-Superior; B-Above Standard; C – Meets Standard; and F- Sub-standard.

“We received a Superior rating (A). We have received a Superior rating for the better part of 10 years in a row. We got an Above Standard rating one year (2011) for something and a P for pass one time because they changed the name of things. We have always done pretty good here because we keep a handle on our finances and what we keep in our fund balances,” she said.

“It has come out across the state as we are still fighting COVId-19, many districts are putting in resolutions to benefit employees. Some are putting in 10 or 20 days. I don’t want to put a number to this. We have enough built into our budget to cover sub (substitute teacher) pay and for all staff if they get sick. We will just cover and we won’t take their days because of it. I think it is the right thing to do at this time. You guys can talk about it but that is my recommendation. We still have some who are sick but they are getting better. This will be retroactive to the first day of school,” Woodard said.

The resolution was unanimously approved.