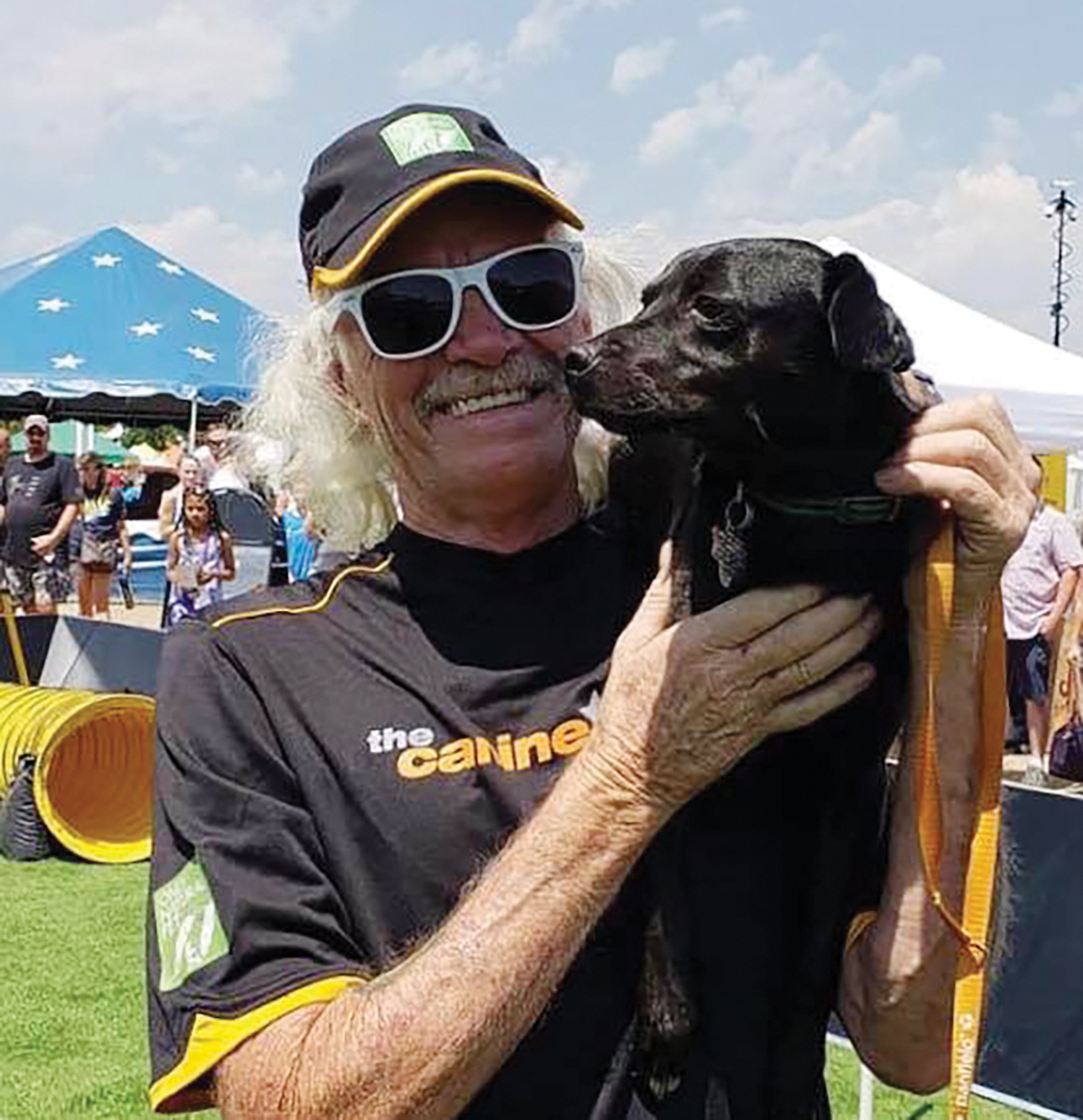 CROCKETT – A rescue pup named Hercules, who is owned by Coalition for the Prevention of Animal Cruelty (CPAC) President LeRoy Golden, will be traveling to California next month to appear as a semifinalist on ‘World’s Most Amazing Dogs.’

“Hercules was abandoned as a very young pup on a dirt road and wandered up to my house,” Golden explained. “We have 11 other rescue pups – mostly pit mixes – and we travel all over the U.S. and Canada doing stunt dog shows.”

After taking in Hercules, Golden began gauging the pup’s competition potential by observing the skills he possessed and his favorite activities.

“I found out he could balance on things real good, so I got him a ball to balance on and walk around on,” Golden shared. “He walks on tightropes and balances on me.”

Upon discovering the ‘World’s Most Amazing Dog’ contest on Facebook watch, Golden entered Hercules. He was selected out of thousands of other canine competitors to appear in the first round of the quarter finals and went on to advance to the semifinals.

“On March 5, we leave to go to LA to film the next segment,” Golden said.

In addition to Hercules, Golden has appeared in the finals of various other competitions with some of his other furry friends.

Bruiser, among the older dogs owned by Golden, was announced the winner of his division in the dog diving world finals in 2017.

“My daughter brought home a little pit bull puppy that didn’t even have her eyes open,” he explained. “We kind of had a disagreement over whether or not we were going to keep her, and I said no.”

Golden’s daughter, however, was determined to hang on to her new furry friend and proceeded to shelter the dog in her bedroom for the next three months.

Upon leaving for an appearance in a high school rodeo, Golden’s daughter revealed the dog’s presence.

“When they got back, she was my dog, pretty much,” Golden said.

A short time later, the dog went on to accompany Golden to clean a horse trailer, and in the midst of completing his task, Golden threw a frisbee to entertain the dog.

“She picked it up and brought it back, and that’s what got it started,” he said of his involvement in shows.

After enjoying a decade of success in the dog show world, Golden looks forward to letting Hercules strut his stuff at the semifinals.

“He is a special little guy,” he said. “We are blessed to have him in our home.”

Looking Back, Looking Ahead
A Day at the Races
Grapeland ISD Adopts Changes to Dress Code