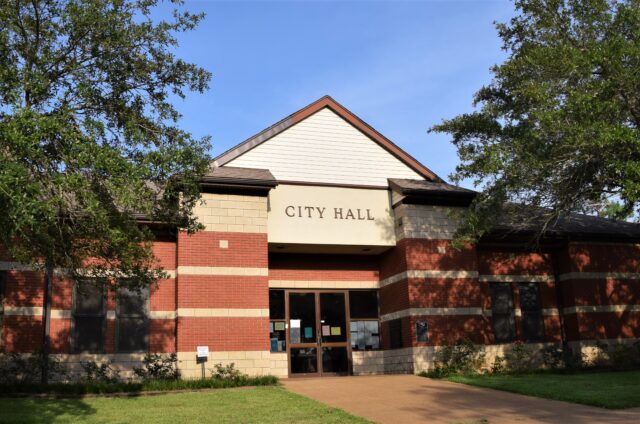 CROCKETT – After not being able to hold an official meeting on Monday, May 16 because of the lack of a quorum, the Crockett City Council gave it another try on Thursday, May 19.

This time they were successful and Crockett Mayor Dr. Ianthia Fisher gaveled the meeting to order at 6:30 pm. With no public comments or comments from the council members, Mayor Fisher moved the meeting into the actionable items portion of the agenda.

During his report to the council, Police Chief Clayton Smith addressed the inmate who escaped from TDCJ custody while on a bus in Leon County.

“We have received several calls about the escaped inmate from Leon County. We have no reason to believe or no information to indicate he is in this area. However, we encourage everyone to be watchful and keep your vehicles locked, because you never know when he could move this way. That is what we are telling the public. We have no reason to believe he is in the area,” Smith said.

“I wanted to let council know that the violations shown to us by the TCEQ have been corrected,” he said.

Angerstein explained chain-of-custody matters for collection of water samples would have been alleviated had proper procedures been followed. He added violations from 2018 and 2019 had been taken care of by changing the way the city flushes it water lines and the way the city’s water is treated.

The next agenda item pertained to city departmental capital requests for the fiscal year (FY) 2023 budget.

“I have capital requests that have been submitted by department heads. This is one of the first steps in building next year’s budget, which starts in October 2022. Going into this, I wanted to make you aware that we have received the preliminary values from the (Houston County) Appraisal District,” Angerstein said.

Because of this, Angerstein explained there would have to be budget cuts to stay within the 3.5 percent increase, despite rising costs of items such as fuel.

“Otherwise, we are going to have to have an election to ask the public to allow a higher tax rate to bring in more revenues,” he said.

In addition, Angerstein added it was his belief the city’s waste service provider would be asking for a seven percent rate hike as part of their contract with the city. That would equate to a rise in garbage service rates from $20.16 to $21.68, or about $1.50 per month increase for residential service.

After addressing several more concerns about the budget, Angerstein gave the various department heads a chance to request funding for capital purchases in FY 2023.

In other matters brought before the City Council: