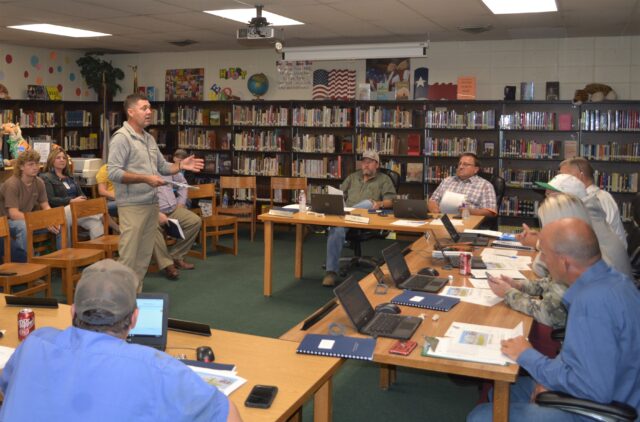 LATEXO – Latexo ISD board members received great news during their November meeting Thursday night. A report from Dan Rainey of Goff & Herrington on the district’s recent audit showed the district to be well into the black on district-wide fund financials, liabilities and general fund, which showed an increase of $431,000 after expenditures. The final budget showed that the district received around $200,000 more revenue than anticipated while spending around $250,000 less than anticipated. “In short, it was a good audit with good financial results,” Rainey said.

The board also heard from Stephen Berry with Berry & Clay Construction. According to Berry progress is going well on the high school and elementary school projects. “We’ve got the plumbing installed all around the high school, all the restrooms and locker rooms,” said Berry. “We’ve also got the forms set for the basketball court and we’re shooting for Thursday or Friday to pour concrete for the court.” Berry also acknowledged the difficulty regarding shipping, and said that the long lead items were being ordered ahead of schedule in order to offset the extended delivery times.

The newly established PTO reported positive news to the board as well, detailing their recent efforts in fundraising, noting a $10,000 result from a sponsorship drive and recent raffle, 100% of which was donated directly to LISD classes.

Weekly Update on Spread of COVID-19
Coronavirus Brings Families Back to Basics
Is It Déjà Vu All Over Again?