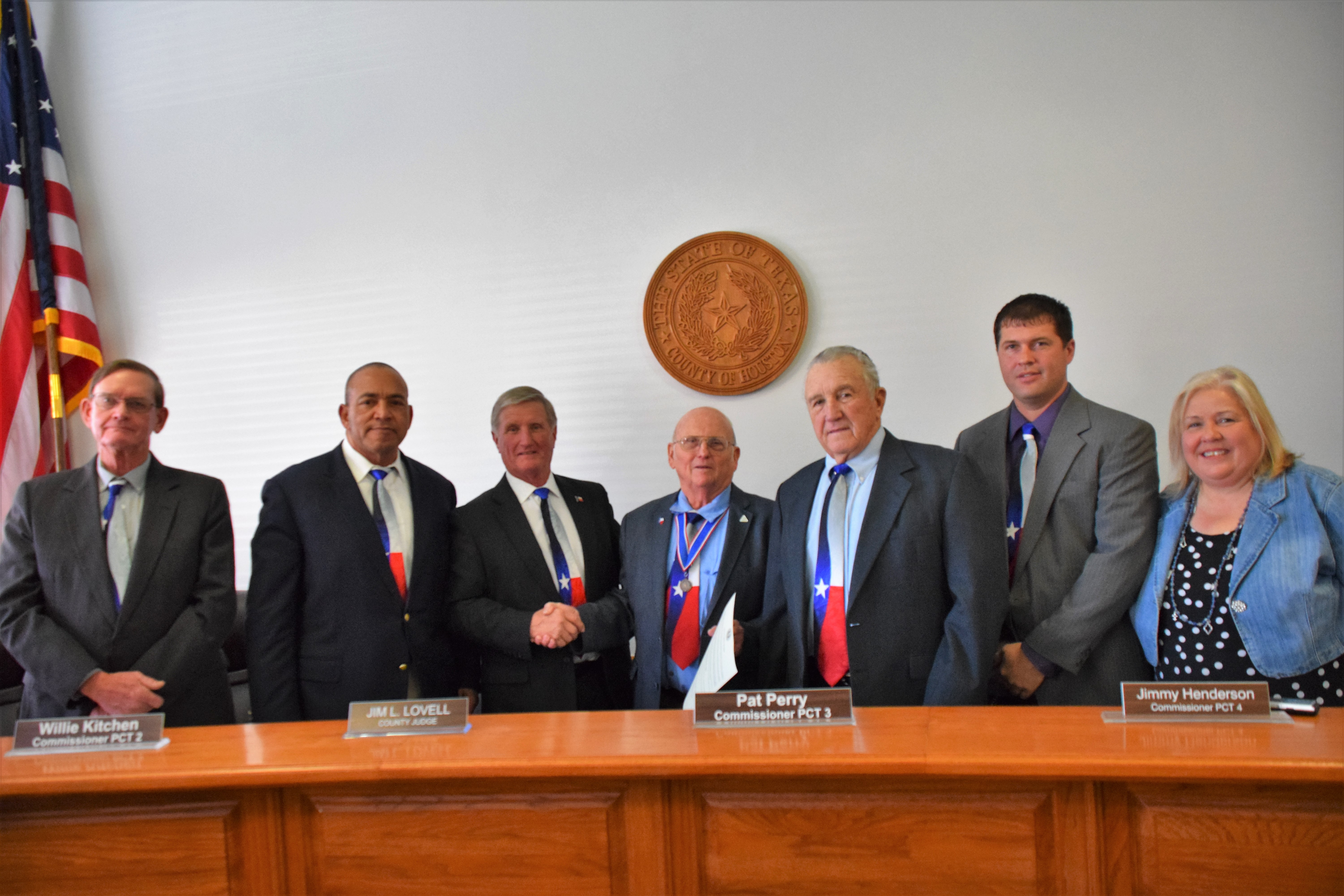 HOUSTON COUNTY – During a meeting of the Houston County Commissioners Court held on Tuesday, Feb. 12, a resolution expressing the intent to finance expenditures to be incurred by the county was discussed.

“There is a funding mechanism called tax (anticipation) notes which the court is eligible for. It is not a bond or a certificate of obligation. With the huge amount of rains we have had, the commissioners’ budgets have been exhausted,” she said.

Jeter explained she was tracking four budget line items within the road and bridge departments. These were: road materials; haulers; bridges and culverts.

“Those four items – since Oct. 1 – the commissioners have spent almost $500,000. That is their whole budget for the entire year,” Jeter said.

In addition, the loss of timber funds has directly impacted what the county could and could not do. Furthermore, FEMA monies owed (approximately $600,000) to the county from 2015 flood damage have yet to be received.

Because of these reasons, Jeter said she had contacted the county’s financial advisors and bond counsel to find out what could be done to help offset losses incurred by the county due to the massive amounts of damage done by the heavy rains in recent months. They suggested the tax anticipation note approach.

According to NASDAQ, tax anticipation notes are, “Notes issued by states or municipalities to finance current operations in anticipation of future tax receipts.”

After several more minutes of discussion, the resolution was unanimously approved.

Prior to the finance resolution discussion, Clayton Starr, President of the Athens Chapter of the Sons of the Republic of Texas, read a proclamation concerning the celebration of Texas Independence Day on March 2.

After the proclamation was read, Starr told the story of man named Benjamin W. Anderson. Starr informed the court Anderson was originally from South Carolina and fought in the American Revolution.

Several years after the United States of America came into being, Anderson traveled to Texas in 1834 and at the age of 84, “… he enlisted and served with the local militia during the Texas Revolution. He is the only person I know of to have done both,” Starr said.