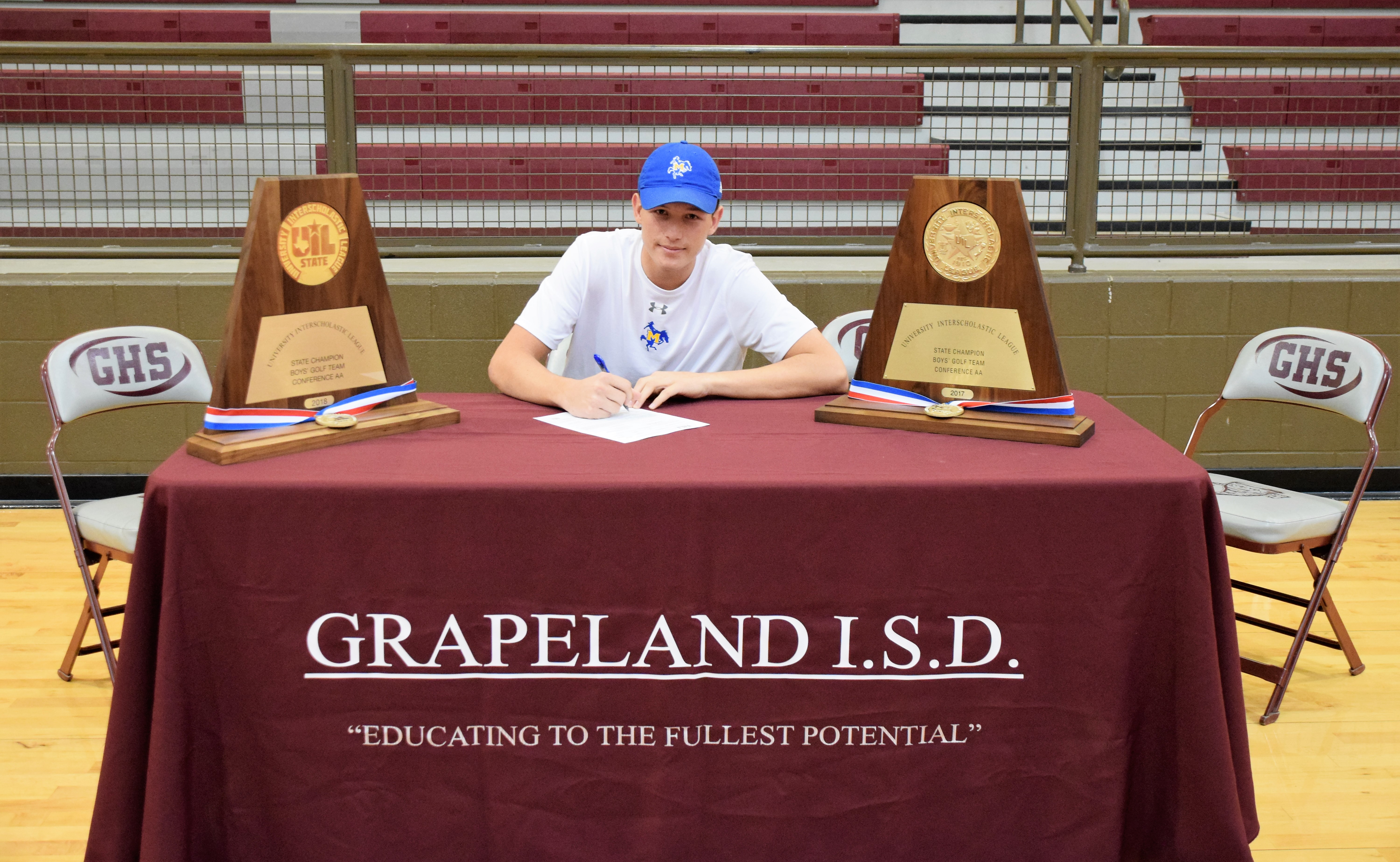 Frauenberger has led the Grapeland Sandies golf team to back-to-back state titles in the team competition as well as winning the individual title in 2017 and 2018. As a freshman, Frauenberger finished sixth individually, while the team finished second.

Since then, Frauenberger has been untouchable at the state level and has a chance to do something it is believed no other Texas high school golfer has accomplished. This spring, he will set his sights on a three-peat.

Tom Kite, Ben Crenshaw, Justin Leonard and Jordan Spieth all won two state titles, but not three. Frauenberger joined their ranks earlier this year as he won his second title by 10 strokes.

Not to put any added pressure on the high school senior, but the four previously mentioned professional golfers all have major titles under their belts.

Prior to affixing his signature to the National Letter of Intent, Frauenberger sat down with The Messenger to discuss his signing.

When asked why he chose McNeese, the two-time defending state champ said family history played a major role in his decision.

“Both of my parents graduated from McNeese. My sister and future brother-in-law graduated from there and I was actually born about five minutes outside of Lake Charles,” he said.

Two other schools – Texas A&M University and New Mexico State University – were in the running to land Frauenberger, but their interest seemed to wane after he verbally committed to the Cowboys earlier this year.

As he prepares to head off to McNeese in the fall of 2019, Frauenberger said his strength on the course lies in his short game but added, “… driving is a very important part of the game. When I’m driving the ball well, that’s when I’m really comfortable out there.”

Asked to assess his chances for a third consecutive title, Frauenberger said it would be tough but he looked forward to the opportunity.

“I don’t know everyone who is coming back this year or who the freshmen coming in are. But – if I play the way I know I’m capable of playing – I think I’ll have a pretty good chance,” he said.

Before he went back to class, Frauenberger was asked for any advice he might give to underclassmen as they strive for a college scholarship.

“Work hard,” He said. “Believe in yourself and have self-confidence.”

The Messenger staff would like to congratulate Rick Frauenberger on this accomplishment and wish him the best of luck in his future endeavors as he finishes his senior year at GHS.