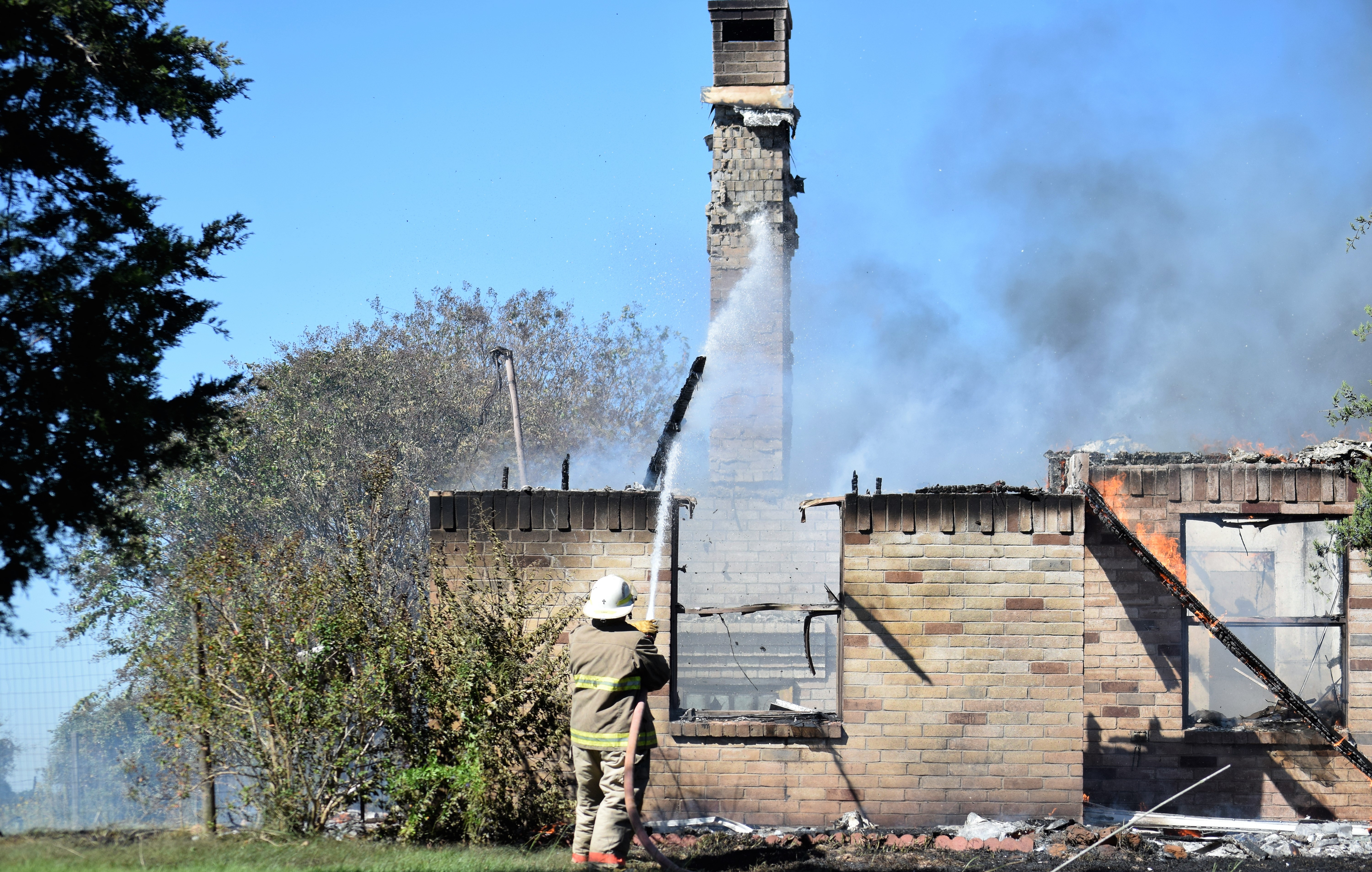 HOUSTON COUNTY – A Houston County couple lost their home to a fire on the afternoon of Thursday. Oct. 26. Fortunately, no one was home at the time of the blaze and no injuries have been reported.

According to witnesses at the scene, the couple had left early in the morning for an appointment and when they returned to their residence on CR 2250, the house was on fire.

The Grapeland Volunteer Fire Department was dispatched to the scene of the blaze, along with the Latexo VFD and the Houston County Lake VFD.

The Grapeland VFD was on the scene within 10 minutes of the initial dispatch but by the time they arrived, the house was engulfed in flames.

Houston County Fire Marshal Roger Dickey reported, “They left about 8:30 a.m. and got home about 11:30 a.m. When they arrived, the homeowner (identified as Danny Edge) said he saw fire coming out of the roof on the west side. He had to go up the road a little bit to get a (cell phone) signal before he could call us.”

“When he came back,” the Fire Marshal continued, “he said It was coming out of the roof, pretty much all around. When we got there, the roof was totally involved.”

Dickey added the couple lost their family dog in the fire.

“The dog was like a member of the family,” Dickey explained.

“We used a lot of tanker support from the Houston County Lake VFD and Latexo VFD. We ended up calling Crockett so they could bring the air trailer up so they could service our air packs on the scene,” he said.

The Fire Marshal said he believed the area of origin had been identified and explained “… it could have started up in the attic. We’re just not sure yet. Right now that is total speculation and the fire is still under investigation. The house was definitely a total loss.”