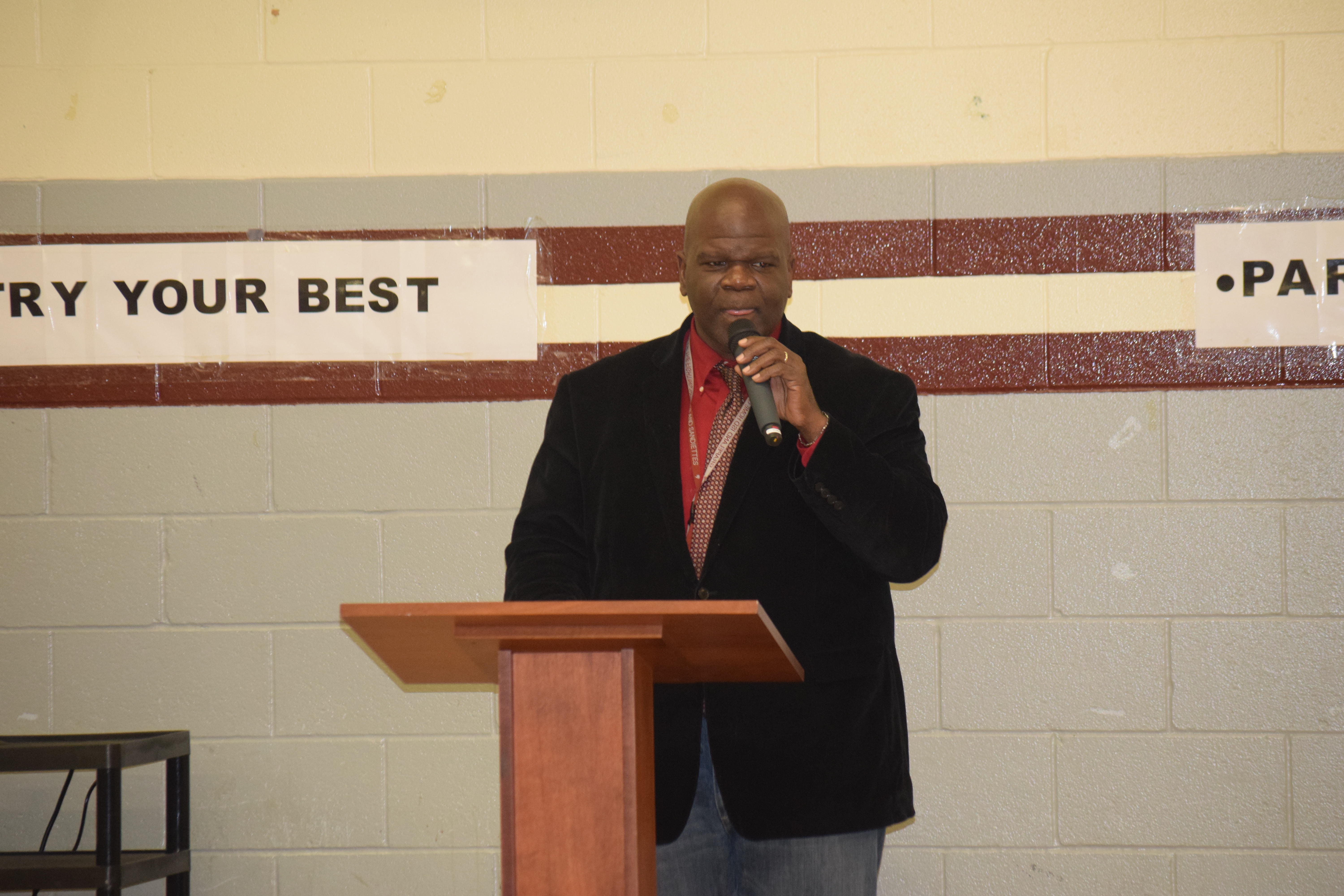 GRAPELAND – In a called meeting of the Grapeland ISD Board of Trustees – held on Friday, April 7 – Grapeland Elementary Principal Don Jackson was selected as the lone finalist for the GISD Superintendent’s position.

The position opened up in February when current GISD Superintendent Gregg Spivey announced his decision to retire at the end of the 2016-2017 school year.

The meeting was called to order at 11 a.m. by Board President Eddie Childress at 11 a.m. and after the invocation and pledge to the American Flag, the trustees retired into executive session to deliberate who they would select to lead the district forward.

When they emerged from behind closed at 12:20, a motion was made by Board Member Melissa Cobb to name Jackson as the lone finalist for the position. The motion was seconded and the vote was unanimous.

“I would like to say we had four great candidates for the position. We met for several hours to look at all the information of the candidates,” Childress said. “When we interviewed each one, we went over their applications, called references and did all the things we needed to do to make this decision. After lots of discussion, we feel like Don Jackson is the man we want to choose to lead Grapeland ISD in the future.”

Jackson has been with the school district for just over a year in his current role but had previously worked for the district as both a coach and a principal. He has also worked in the Woodville, Lufkin and the Jacksonville school districts.

Asked if there was one determining factor that tipped the scales in Jackson’s favor, Childress said there was not one thing which could be singled out.

“I think it was just the overall application, discussion and what we as a board felt we wanted as the direction for our school. There was not one thing that made him any better than the others,” Childress said.

“It was a very tough decision. We had some really good applicants. Somewhere along the line, however, you have to make a decision as a board as to who will move us in the direction we want to go,” he added. “I think all of the applicants had very good assets. It was just that Mr. Jackson – if you know Mr. Jackson you know he brings a lot to the table. He has been a principal for about 14 years. We felt, as a board, a local individual is always a good decision.”

Per state law, the process to appoint Grapeland ISD’s next superintendent now enters a required 21-day waiting period before the school board can vote to hire and execute a contract. A start date has not yet been determined.

Jackson was at a training seminar at the Region 6 ESC in Huntsville and was unavailable for comment.