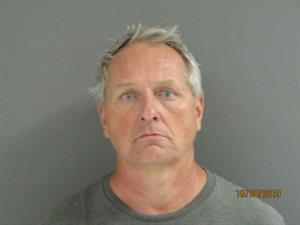 HOUSTON COUNTY – A Houston County man is behind bars after law enforcement officials received a tip he had been molesting a child.

Ronald Bloecher, 59, was taken into custody on Tuesday, Oct. 8 and charged with indecency with a child by sexual contact following an incident where he was observed committing the molestation.

According to an affidavit of probable cause, Houston County Sheriff’s Office (HCSO) Investigator Ryan Martin traveled to the location where the alleged crime had had been committed and spoke with witnesses in reference to this.

“One of these witnesses personally observed Bloecher with his hand inside the child’s panties when Bloecher was not aware he was being watched. The witness immediately confronted Bloecher and Bloecher apologized to the witness and asked for forgiveness,” the affidavit stated.

The legal document further stated Bloecher went to another family member of the child “… and admitted that he had inappropriately touched the child inside her panties and asked this person for forgiveness as well.”

Bloecher was arrested later that same day and transported to the Houston County Jail where he was booked into custody on one count of indecency with a child by sexual contact, a second degree felony.

Bloecher’s bond was set at $30,000. It was posted on Wednesday, Oct. 9 and he was released pending further legal proceedings.