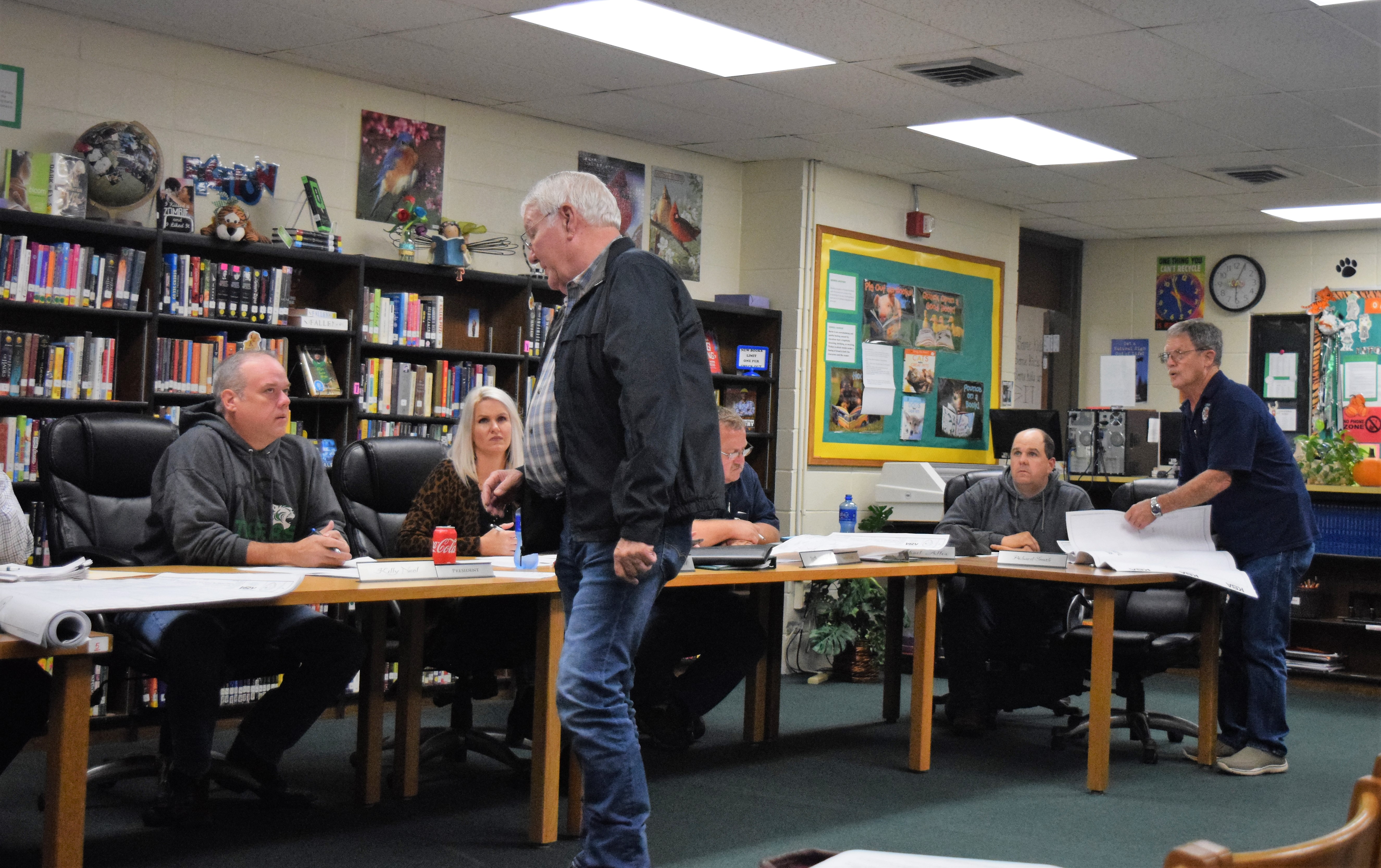 LATEXO – During a regular meeting of the Latexo Independent School District Board of Trustees, held on Thursday, Nov. 8, the board addressed an issue which has been plaguing the district for many years.

The issue is the logjam of traffic before and after school. As parents try to drop off or pickup their children, a bottleneck occurs creating long lines of vehicles coming and going from the two LISD campuses.

As the meeting began, Board President Kelly Nicol called on Bob Thurber with KSA Engineers to address the trustees.

“We have been working on a project to help relieve the traffic issues you have here at the school. That is to construct a road from your parking lot going south to the county road. It’s about 2,300 feet. The city applied for a grant and we assisted the city with that grant. We were fortunate enough to get it,” Thurber explained.

“That being said,” he continued, “the property that the road is going to go on belongs to the school district. Of course, the grant with their rules and regulations, the city has to own that property. What we have before you is for the city to acquire that property from the school district. The city will be responsible for maintaining the street.”

Thurber said he hoped to be able to construct the widest street possible “… for the safety of the traveling public. You almost would assume that it would be one-way traffic. We have a 16-foot base bid with a 20-foot alternate bid. The plans and specs are ready to go. The only issue we have right now is the property acquisition.”

Following his presentation, the engineer presented several sets of blueprints for the board to review.

After addressing several other agenda items, the board retired into executive session. When they emerged from behind closed doors, the board voted to proceed with allowing the city to acquire the property in order to build the roadway.

As the meeting continued, Business Manager Jo Lane gave a report on the district’s performance pertaining to the Financial Integrity Rating System of Texas (FIRST).

“The goal of the FIRST program is to achieve quality performance in the management of the school district’s financial resources. A goal made more significant due to the complexity of the accounting associated with the Texas school finance system,” Lane said.

She explained one of four ratings were assigned to Texas school districts. The ratings are: A-Superior; B-Above Standard; C – Meets Standard; and F- Sub-standard.

“This year,” she continued, “which we are reporting for the 2016-2017 school year, we received an A which is a Superior rating.”

The business manager further indicated LISD received a score of 98 out of a possible 100.