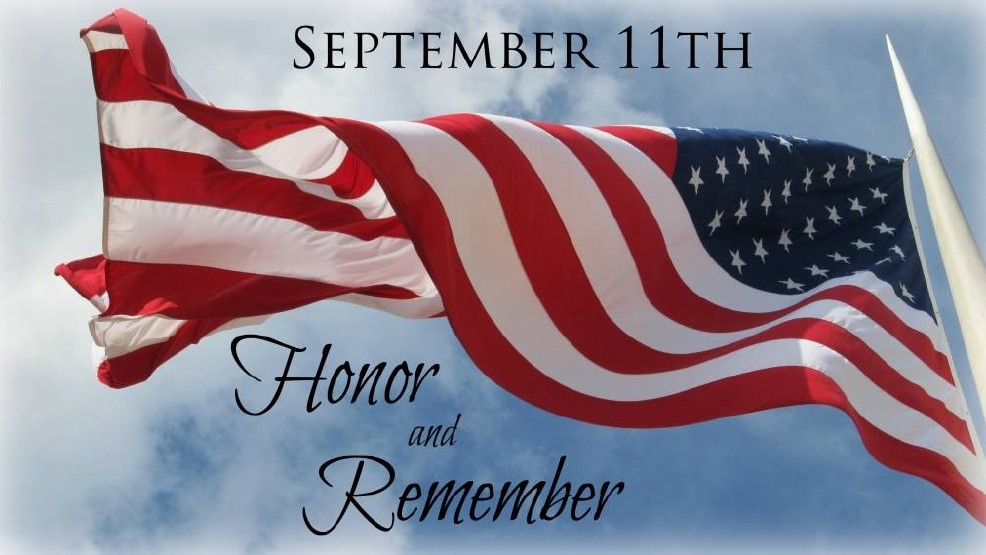 EAST TEXAS – In 2001, there was a divide in the country. The USA had just gone through a presidential election which was decided at the Supreme Court level. The term “hanging chad” had wormed its way into our vocabulary.

Despite losing the popular vote to Al Gore, George W. Bush won the Electoral College and became the 43rd President of the United States.

People stood on opposite sides of the proverbial fence and threw bombs at those who dared to differ in opinion. Homosexuality, global warming and reproductive rights were just a few of the issues where people became bitterly opposed to someone of a different mindset. Greed became a virtue and signs of an economic meltdown were on the horizon.

The country was not in a good place and things would only get worse.

On the morning of Sept. 11, 2001, the lives of nearly 3,000 people were lost in an act of terrorism that forever changed the world we live in.

Seventeen years later, the families and friends of those who perished still grieve. For the remainder of the United States and the majority of the civilized world, 9/11 has become a moment in time seared into memory.

Tuesday, Sept. 11 marks the anniversary of perhaps the most brutal terrorist attack ever carried out. Pause for just a moment and reflect. For those who are old enough, remember the sense of fear that gripped the country, initially. More importantly, try and remember the sense of unity – that oneness felt by the American people in the aftermath of catastrophe.

Last year, the ability to pull together to overcome the tragedy wrought by Hurricane Harvey was evidenced on a daily basis. For those who were too young to remember 9/11 or for those who have simply forgot, the spirit of togetherness shown after Harvey’s destruction could be multiplied by 20 and it wouldn’t touch the patriotism, or the oneness displayed by the American people in the aftermath of 9/11.

It has been said, “Those who do not learn history are doomed to repeat it.”

In 2018, there is a divide in the country. Gun rights, gay rights, Russian collusion, partisan divisions and racial tensions headline the news. An attitude of “you’re either for me or against me” pervades the collective psyche of America.

There is no gray area, no room for compromise. It’s either yes or no, with no room for debate. The citizenry of America has become one of factions, each one striving not for victory but rather striving not to lose to a rival.

The USA has not lived up to its very name in recent years – the United States of America. United means to be made as one, relating to or produced by a joint action or being in agreement.

A return to post-9/11 civility may take a bit of time, but it always begins with a first step. Reach out to someone you may disagree with. Even though you might not like someone for whatever reason, show them the basic respect they deserve as a member of the human race.

Remember, it’s really quite acceptable to agree to disagree.

On Tuesday, if just for a moment, remember those who lost their lives on 9/11 and try to remember what it’s like to be a part of the United States of America.

Let’s not wait for another tragedy to bring us together.