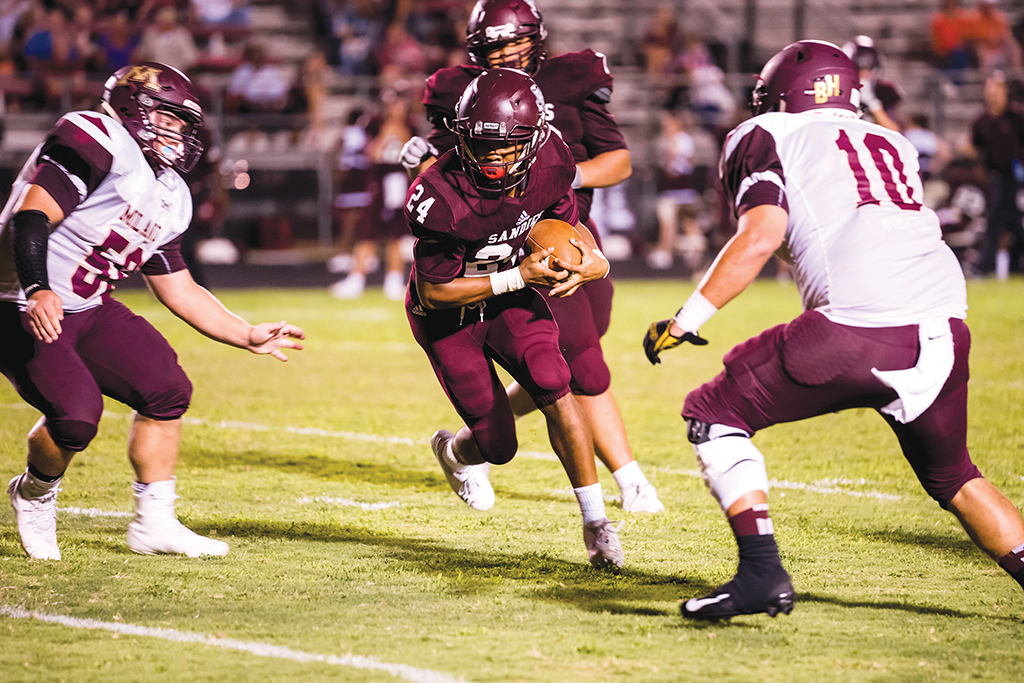 GRAPELAND – The Grapeland Sandies kicked off the 2018 football season on Friday, Aug. 31 as they hosted the Milano Eagles in the season opener for both teams.

While the hometown Sandies offense had built a reputation for putting some points on the board, questions lingered on the defensive side of the ball. Those questions were put to rest by the time the final gun sounded on Friday as Grapeland shut out Milano by a score of 27-0. 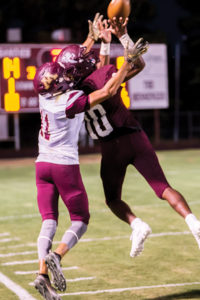 The Sandie defense held Milano to 103 total yards of offense, kept the Eagles out of the end zone and finished the game with 4 interceptions.

Grapeland didn’t waste any time getting on the scoreboard as they took the opening kickoff and drove the length of the field before QB Rick Frauenberger connected on a 9-yard TD pass to Tyrin Wiley for the game’s first score. The extra point was good and with just over eight minutes remaining in the half, Grapeland led 7-0.

The Sandies had their chances to extend their lead in the first quarter but failed to take advantage of great field position.

After the two teams exchanged possession to open the second quarter, the Sandies struck again as Frauenberger connected with Keriaun Davis on an 80-yard catch-and-run TD. The extra point was good and with five minutes remaining in the half, Grapeland now led 14-0. 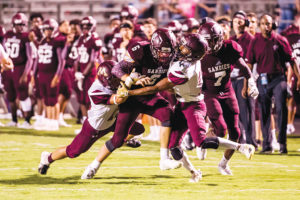 As the clock wound down, Grapeland picked off a Milano pass and moved into the Eagles’ red zone. Milano stymied the Sandie offense and took over on downs. A second interception, however, put the Sandies right back in business.

With under a minute remaining, Frauenberger found BJ Lamb for his third passing TD of the half and after the extra point, Grapeland took a 21-0 lead into the locker room.

The second half saw both teams struggle to find the end zone until Lamb fielded a punt at his own 40, made the first man miss and took the ball to the house for a 60-yard punt return TD. The extra point was no good but the Sandies had increased their lead to 27-0 and would coast to a season opening win. 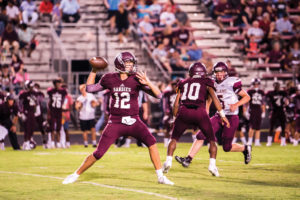 Following the game, Head Coach/AD Wayne Mahaffey spoke about the defense and said the Friday night performance may have been the best effort put forward by the Sandies since his return to Grapeland.

“It was an outstanding night, overall. I think a lot of it was keyed by having guys with experience. They understand what we’re doing and we’re a little bigger up front. All of it came together on Friday and I don’t think that will be the last one (shutout) we see,” Mahaffey said.

This football season, if you like The Messenger Sports and share any post you will be entered into a drawing for a 55″ Flat Screen Smart TV. The contest is sponsored by Bruner’s Economy Car Center @ 936-544-7142