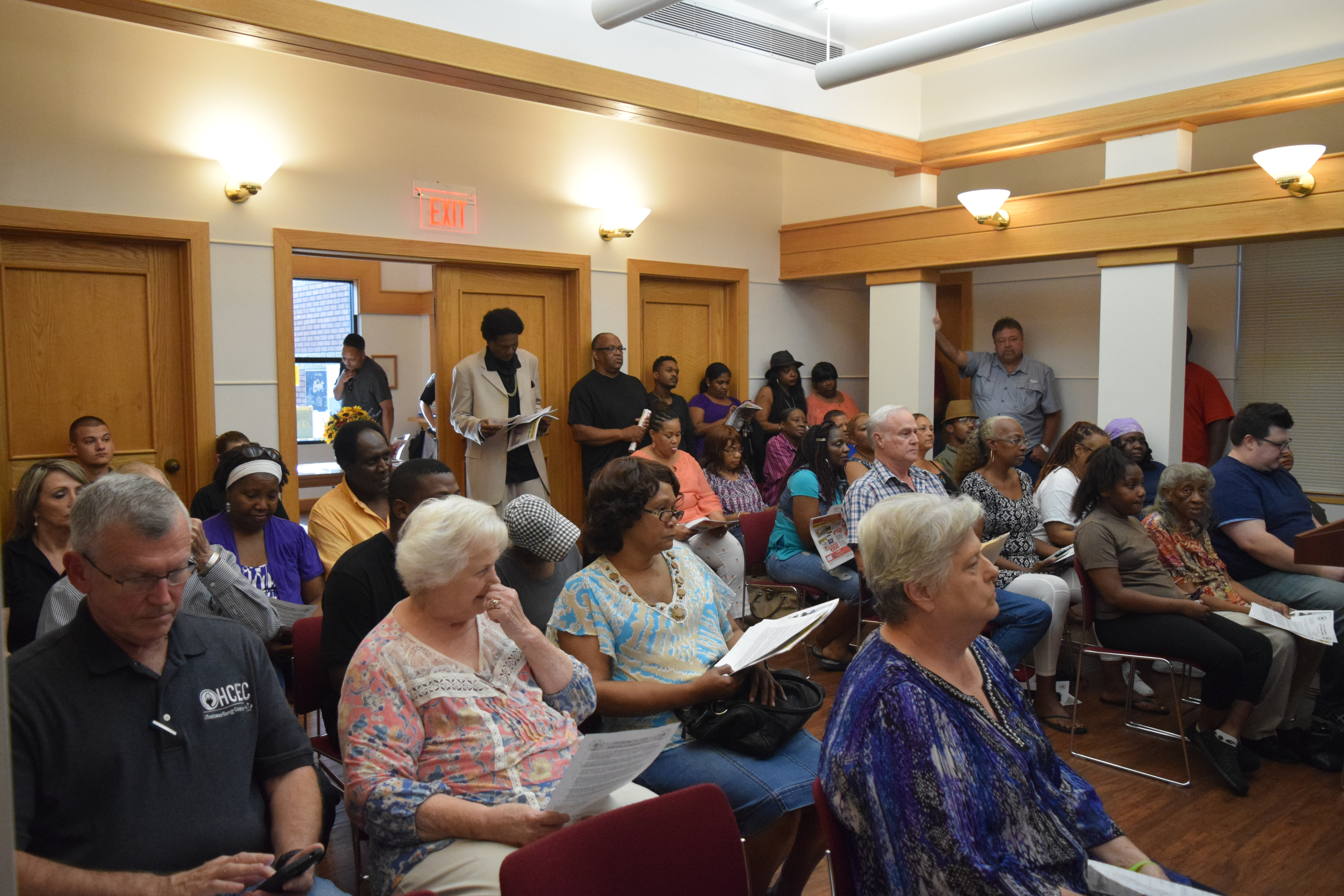 CROCKETT – When compared to the tension of the last two Crockett City Council meetings, the conclave held on Monday, Aug. 20 was a walk in the park.

Following a public forum where the tensions could be felt just below the surface, a public hearing on the fiscal year (FY) 2019 proposed tax rate was held.

A question about the current tax rate was posed to the council and City Administrator John Angerstein replied the tax rate was currently $0.586094 per $100 of property valuation.

“The proposed tax rate is $0.5967091 per $100 of property valuation. This is approximately a one cent increase,” Angerstein said.

He said the effective tax which would bring in the same amount of money as the previous year would be $).587041, a tenth of one cent increase.

The FY 2019 rollback rate is $0.620675 which is “… the highest tax rate a taxing unit may adopt before requiring voter approval at an election,” according to the tax code.

At the proposed rate, there would be a $23,273 increase in revenue over the previous year and would fund the proposed budget. Based on a property value of a $75,000 home, the property tax would increase by $8.02 annually.

Using the rollback rate of $0.620675, the city of Crockett would receive an additional $74,256 in revenue which would meet the needs of the proposed budget and provide approximately $50,000 to go towards street repair. Under the effective rate, property tax on a $75,000 home would increase by $25.94.

Because this was only a public hearing, no action was taken on the matter. The proposed tax rate and FY 2019 proposed budget will be adopted by the council in the next few weeks.