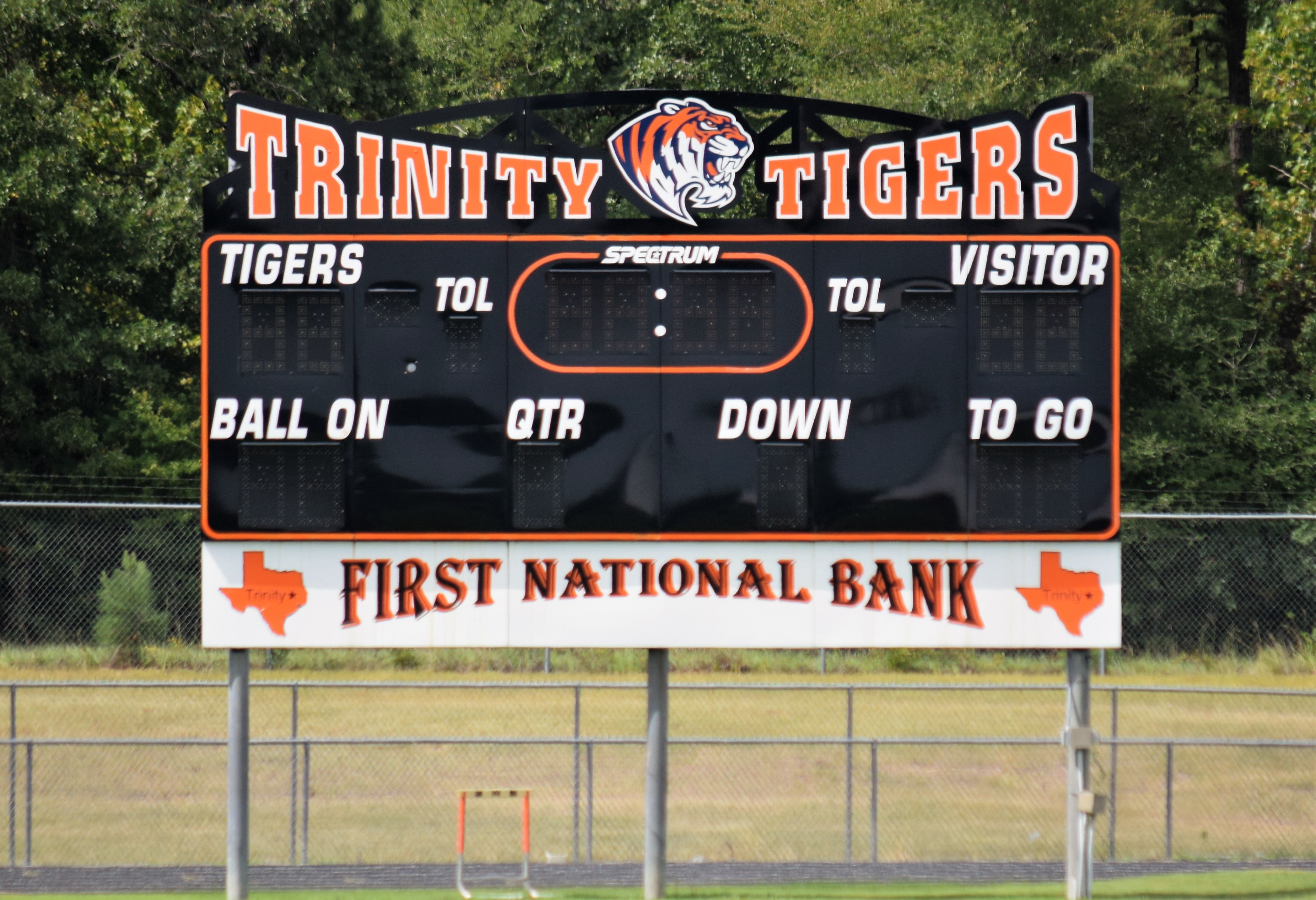 TRINITY – The Trinity Tigers are looking to rebound from a 3-8 season and may have the pieces in place to do just that, starting at the top.

Patrick Goodman takes over the top spot after coming over from Navasota where he won a pair of state championships as an assistant coach.

The Tigers will run a spread offense this year “… but we can go under center. Basically though, we’ll be in a shotgun taking the snap from five yards back.”

Defensively, the Tigers will feature a 3-4 but can move into a 5-0, Goodman said.

Asked about what he saw as the Tigers strengths after a week of practice, the coach said it was his skill players.

“Our QB, wide receivers and tailbacks are our strong suit,” he said.

On the flip side, he said his offensive line could use a few more repetitions.

Fortunately, the Tigers have 18 lettermen returning with six starters on offense.

While several players will play on both sides of the ball, “… we’re trying not to do that with the linemen. We’ll just find the best backups but we’re going to play defense first. It’s like I told the guys, we’ll rest you early but when it comes to crunch time at the end of the third quarter and into the fourth quarter, you should be rested enough.”

“At the end of preseason,” Goodman said, “we need to be 2-2. If we can come out of that, we need to split with Coldspring or Crockett. At the end of October, hopefully we can be 3-2.”

The Tigers will be in District 11-3A DI along with: the Coldspring-Oakhurst Trojans; the Crockett Bulldogs; the Diboll Lumberjacks; the Elkhart Elks; the Franklin Lions; and the Westwood Panthers.

“The keys to our success are staying healthy, taking care of the academics and the kids responding to the expectations I have for them,” he said.