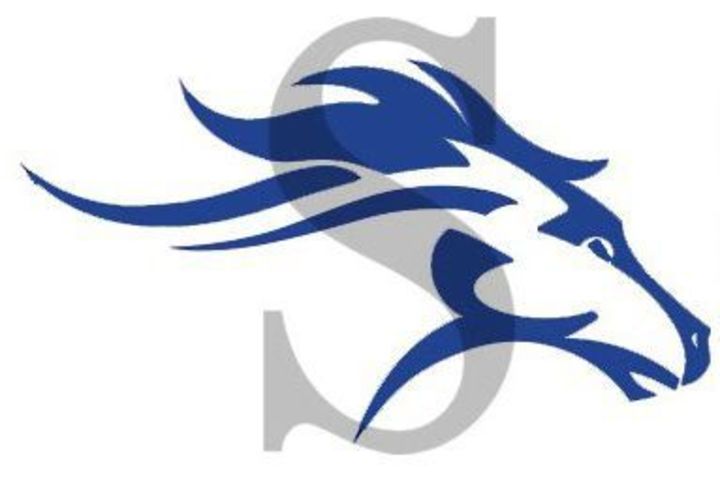 EAST TEXAS – A one-hitter from Taylor Hunt and an eight RBI game from Austin Sarraf propelled the Slocum Mustangs past the Kennard Tigers by a score of 26-1 and moved the Mustangs into the Class 1A Baseball Regional Quarterfinals.

The game was relatively close through the first two innings, but in the third, Slocum exploded for seven runs and followed that up with a 14-run fourth.

Riley Billingsley got the start for the Tigers and was a little shaky to open the game. He gave up a lead-off walk to his mound counterpart – Taylor Hunt – who promptly stole second and took third on Joe Byrnes 6-3 groundout.

The next batter was Austin Sarraf who looped a Billingsley pitch just over second for a single. The blooper drove in Hunt from third with the first of Sarraf’s eight RBI.

Taylor Lomax was up next and also drew a walk, moving Sarraf to second. Sarraf wasn’t there long as Colton Peters slapped a single into right to plate Sarraf and move Lomax to second.

Dustin Fletcher reached on an error in the outfield to load the bases and set the table for Ben Haney. Haney came through with a single as Lomax trotted home from third to make the score 3-0.

Randy Guess was the next Mustang to settle into the batter’s box and he popped up to shallow center for the second out. On the play, however, Peters managed to tag up at third and sprint home with Slocum’s fourth run of the inning.

The game could have gotten out of hand at that point, but Billingsley settled down long enough to get Andrew Abernathy to ground into a 4-3 force to end the Slocum half of the inning.

While Billingsley struggled with his control in the first, Hunt did not. He caught both Billingsley and Jermaine Leonard looking at called third strikes and then got Trevor Toll to swing at a pitch out of the strike zone for the third out.

The Mustangs added another run to their lead in the top of the second. Hunt flew out to center to open the frame but Byrnes followed with a double into the left centerfield gap. He moved to third on a wild pitch and came home to score on Sarraf’s groundout to second.

Following a single to Lomax and after Peters reached on an error, Billingsley forced Fletcher into a 6-3 groundout and then turned the game over to his offense.

The Kennard offense, however, continued to be baffled by Hunt who forced Grayson Hogg to ground out to first. He then struck out both Cade McDonald and Travis Roy to send the game into the third inning with Slocum ahead by a score of 5-0.

The wheels fell off for Billingsley and the Tigers in the top of the third as he gave up seven runs to the Mustangs. Back-to-back walks, plus a hit batsman loaded the bases for Hunt who also drew a walk to push in Haney.

Byrnes followed Hunt to the plate and lofted a Billingsley pitch to center field for the first out. On the play, however, Guess was able to tag up and scamper home to make the score 7-0.

Trevor Stewart came in as a courtesy runner for Abernathy and then Billingsley walked Sarraf to re-load the bases.

An outfield error on a Lomax pop fly allowed Stewart to trot home and advanced the runners. Byrnes was up next and grounded back to Billingsley. The pitcher looked home but saw Hunt was going to beat a throw to the plate, so he tossed it to first for the second out.

Following the Lomax score, Peters cleared the bases with a two-out triple to make the score 11-0. He would later score on a passed ball to increase the Slocum lead to 12.

After Haney drew a walk, Billingsley finally managed to get out of the inning when he got Guess to swing at strike three for the third out.

The Tigers finally broke into the scoring column in the bottom of the third. Garrett King drew a walk off of Hunt but was picked off at first. Carson Pyle followed with a walk as did Mikey Curry. Billingsley was up next and singled into left to load the bases.

The Tigers lone run of the game came when Leonard was walked on a 3-1 count which pushed Pyle across the plate and made the score 12-1.

Hunt re-grouped after the walk to Leonard, struck out Cody Bengel and then coaxed a groundout from Hogg to end the inning.

The top of the fourth was just ugly if you are a Kennard fan. The Tigers made a pitching change to start the inning as Hogg replaced Billingsley on the mound.

That move, unfortunately for Kennard, did nothing to stem the Mustang stampede. Slocum scored five runs before the first out to make the score 17-0. After Hogg struck out Guess and Abernathy, it looked like the bleeding might stop.

That was not the case as Slocum went on to add nine more runs as they coasted to the 26-1 victory. The win moves the Mustangs into the Regional Quarterfinals where they will face the Martinsville Pirates on Friday, May 11 at Douglass High School. The first pitch is scheduled for 6 p.m.

On The Hunt
Lovelady Takes Game One against Beckville, 7-0
Fall Sports Preview