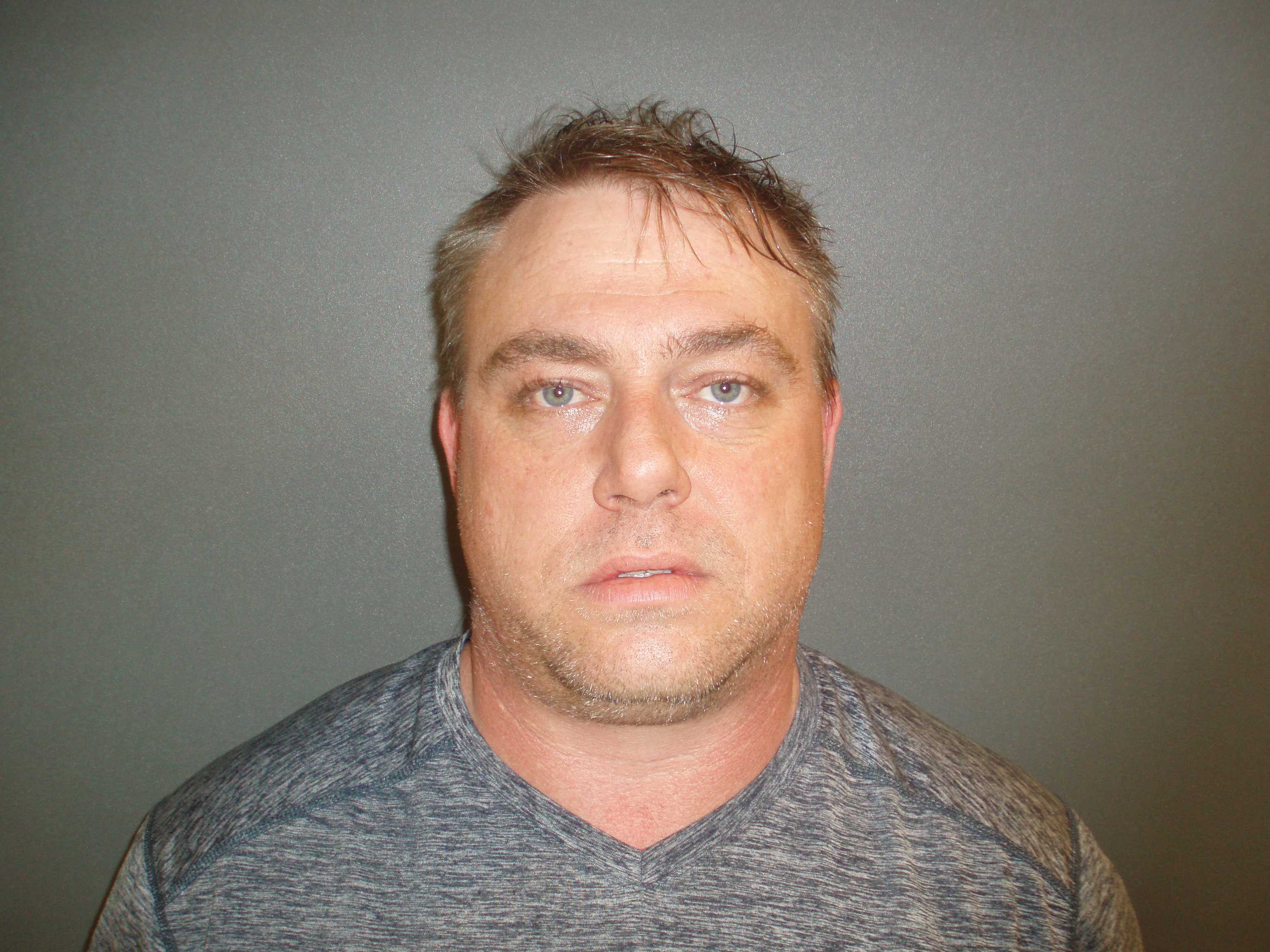 HOUSTON COUNTY – A traffic stop on the evening of Feb. 15 led to the arrest of a 43-year-old Houston County man on a felony drug charges.

According to an affidavit of probable cause, Texas Department of Public Safety (DPS) Trooper Kody Woolley observed a white Toyota Tundra pickup “… travelling north bound on State Highway 19, near mile post 386, and driving on the improved shoulder.”

The DPS trooper initiated a traffic stop and when Woolley made contact with the driver – identified as Christopher Byron Sutton – he smelled “… a strong odor of marijuana emitting from the vehicle.”

Sutton was asked to exit the vehicle and after he did, he informed the law enforcement official he had a bag of marijuana in his truck, according to the affidavit.

“I (Woolley) conducted a pat down for weapons on Mr. Sutton. I removed a rubber capsule containing a yellow wax from inside Mr. Sutton’s waistband. Mr. Sutton told me it was THC-Wax,” the affidavit reported.

Sutton was arrested on the scene and placed in the trooper’s patrol unit while Woolley conducted a search of the truck.

Woolley’s search of the vehicle yielded a bag of marijuana, three glass and metal capsules containing a yellowish oil – believed to be THC oil – as well as an electronic device used to smoke marijuana.

Following the vehicle search, Sutton was transported to the Houston County Jail where he was booked into custody on charges of: possession of a controlled substance, penalty group two; possession of marijuana; and possession of narcotic paraphernalia.

The possession of a controlled substance charge is considered a second degree felony.

The total bond on the three charges was $5,500. The bond was posted and Sutton was released, pending trial.