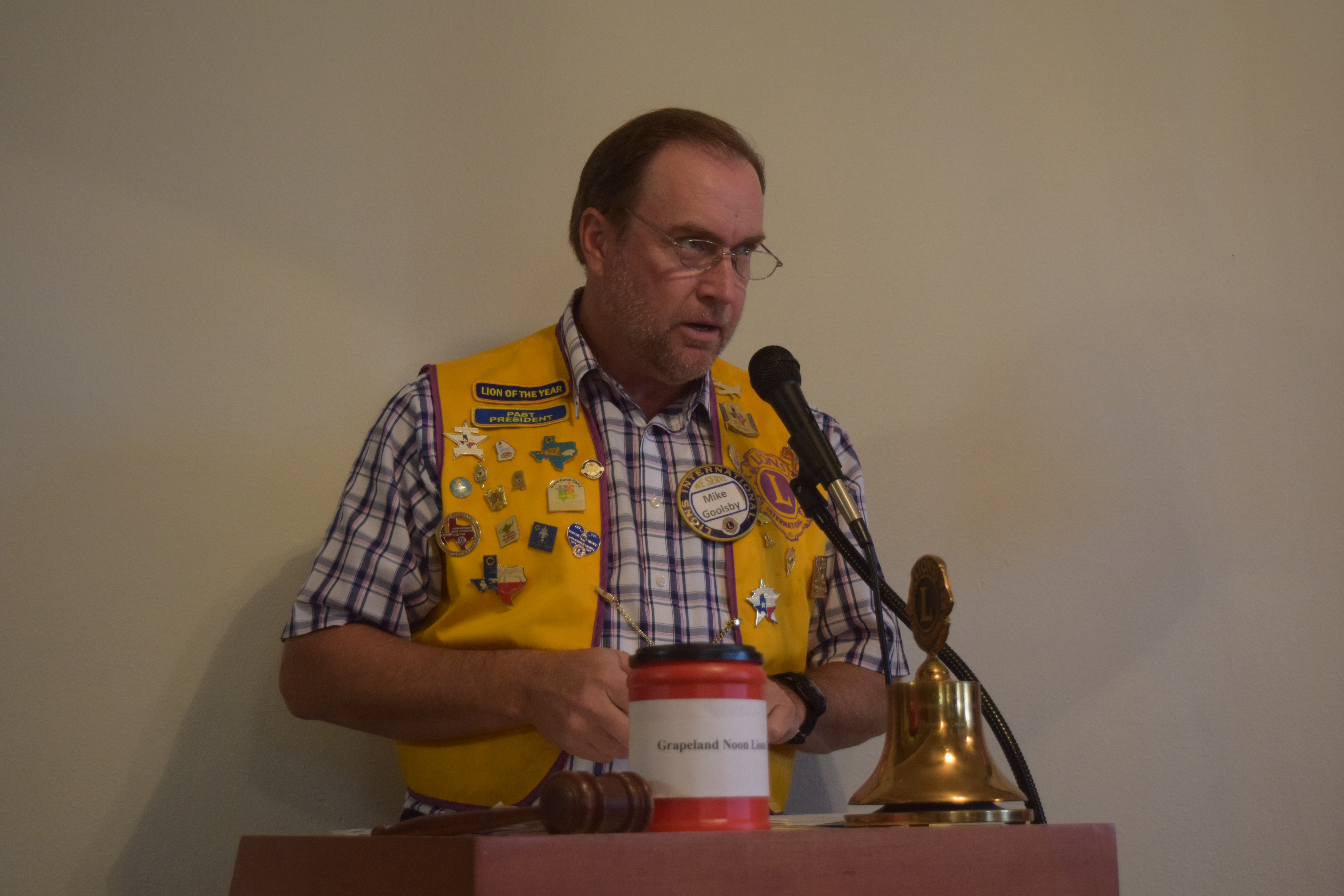 GRAPELAND – As the end of the year approaches, the Grapeland Noon Lions Club is preparing for several upcoming events in and around the Grapeland area.

During a meeting of the club held on Thursday, Nov. 17, President Mike Goolsby said the next few weeks would be a busy time for the members of the club.

After the minutes of the previous meeting were read and the financial report was approved, Goolsby expressed his appreciation to the club for their assistance with placing flags on the graves of veterans as part of the many area Veterans Day commemorations.

In the area of new business, Goolsby said Christmas in Grapeland was just around the corner.

“Last year, we participated in the Christmas in Grapeland activities. This year, it will be held on Friday night, Dec. 8 from six until eight p.m. It was held in the Creamery last year, but since there is a new business in there now, it will be moved back out on the street,” he said.

He asked the members if they would like to do what they did last year and serve chili and stew – at no cost – to attendees of the event. After a brief discussion, it was decided the club would participate in Christmas in Grapeland, providing chili and stew.

As the meeting continued, Goolsby said the Annual Lions Christmas Party would be held on Thursday, Jan. 4 at the Grapeland Senior Center. The festivities will begin at six p.m.

“I haven’t confirmed it yet, but I have been working on a speaker for that evening. Stay tuned because you will want to be there to hear this speaker,” Goolsby said.