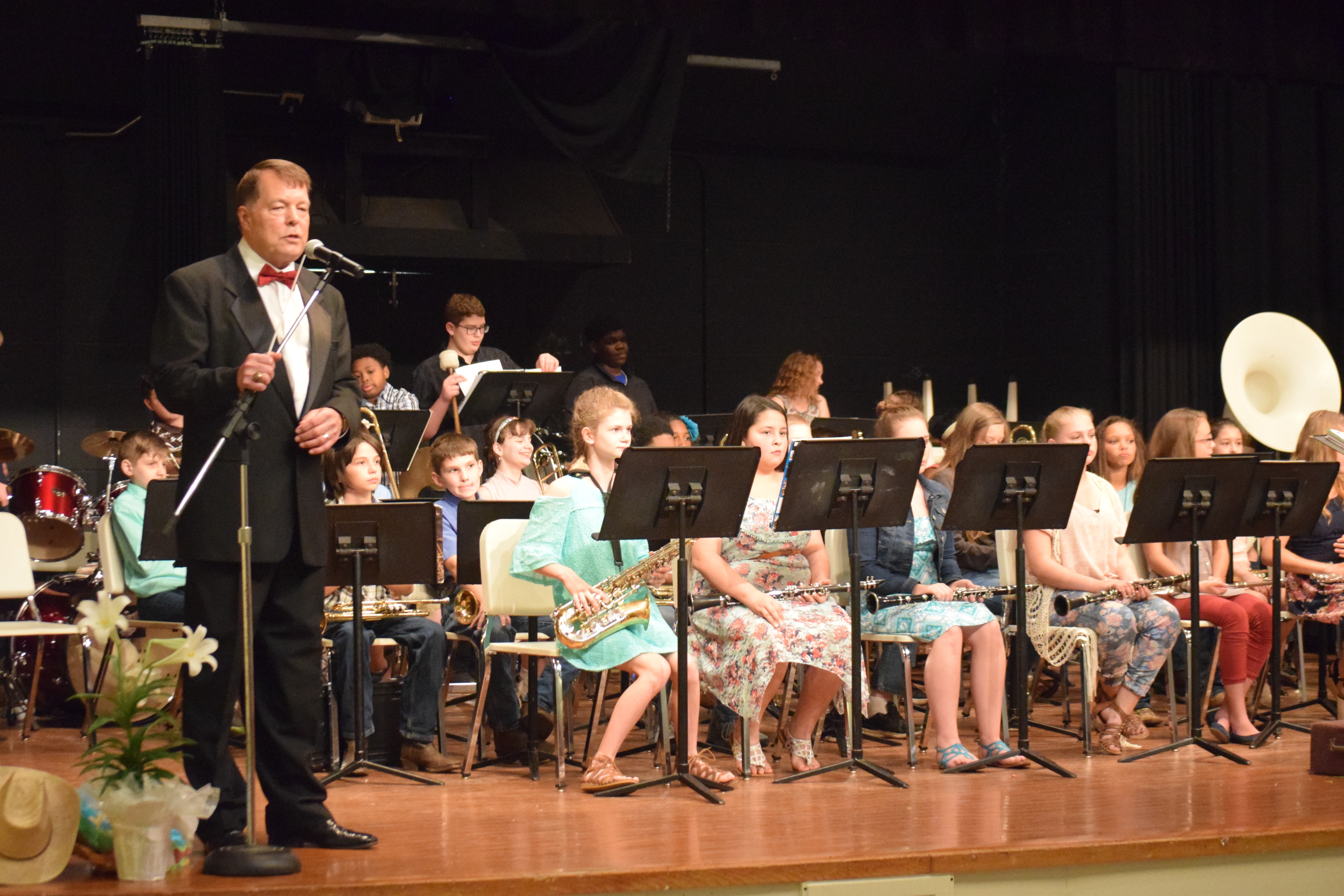 Frank had led the Mighty Sandie Band, aka The Wind Machine, for over a decade in two stints with the district. He had retired from teaching for a year, but when GISD needed a band director after his first year of retirement, Frank answered the call.

Active in the music scene throughout his life, Frank played trombone in the U.S. Navy Band for 20 years after teaching stints in Midland and Mesquite.

“He was a leader, not just a band director,” incoming GISD Superintendent Don Jackson said. “That came from building relationships with his students, their parents and band boosters. I sat there and watched him raise over $8,000 in 30 minutes. That’s great when you can get the community behind you to pay that much for a cake.”

Frank was born in Fairfield, grew up in Mesquite and graduated from North Mesquite High School. After high school, Frank attended the University of Texas where he received a Bachelor’s degree in music education.

Jackson recalled he first met Frank when he was the principal at GHS and Frank was just getting out of the military.

“I guess he saw we had an opening for a band director in 2006 and he was just getting out of the military. I called him up and it was 3 o’clock in the morning where he was at in Hawaii. I wasn’t thinking about the time zone difference, but he answered the phone and that was how the connection started and he came to Grapeland,” Jackson said.

“He was fair and firm and fun-loving. He was a disciplinarian, being ex-military. He also had a fun side. He was quick-witted and had a dry sense of humor and he loved to crack jokes. Most of the time, the jokes were just goofy. But, you would laugh because the jokes were so silly,” he said.

Frank was extremely well-loved by his kids, Jackson added.

“He was one of those guys that when they show up, things just seemed to get better. He certainly carried a light,” he said.

Frank is survived by his wife, Crystal, a son and a daughter. Funeral arrangements are currently being made and will be scheduled for some time next week, according to Jackson.