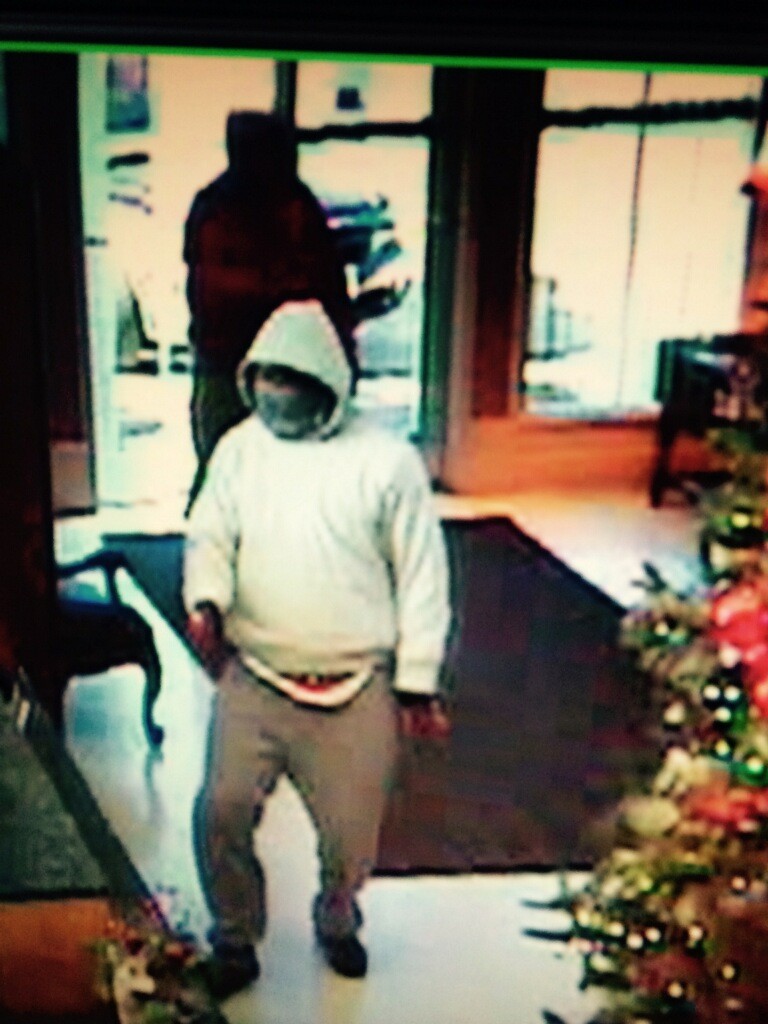 HOUSTON COUNTY – On Thursday, May 4, a Houston County Jury convicted Alonso Donnell Irving of aggravated robbery for his role in robbing the Lovelady State Bank on Dec. 17, 2015.

After closing arguments, it took the five woman – seven man jury less than 15 minutes to render a guilty verdict in the case. Once the jury had reached its decision, the punishment phase of the trial began.

Irving was represented by Houston-based attorney Brock White who called Irving’s mother – Sharon Chapman – to the stand during the punishment phase and she requested leniency for her son.

With no other witnesses, both the defense and prosecution rested their respective case. The trial was recessed shortly after 4 p.m. on Thursday so the presiding judge, 3rd District Court Judge Mark Calhoon, could have documents prepared to distribute to the individual jurors before they began deliberating the fate of Irving.

The trial resumed on Friday morning, May 5, with jury deliberations. Shortly after noon, the jury emerged from behind closed doors and sentenced Irving to 45 years in the Institutional Division of the Texas Department of Criminal Justice.

At the conclusion of the trial, the D.A. provided background on the robbery in a statement to the media.

“Alonso Irving was one of the three armed and masked individuals who entered Lovelady State Bank at approximately 10:30 a.m. on December 17, 2015,” Kaspar stated.

“He, along with Ryan Scott and Allus Hubbard, entered the bank with guns drawn.  Allus Hubbard went to the left side of the bank lobby, subduing all employees he encountered and Alonso Irving did the same on the right side of the lobby, while Ryan

Scott jumped over the teller counter and grabbed the teller,” she added.

As previously reported in The Messenger, Hubbard was the first of the three suspected individuals to be arrested. He was apprehended in Trinity by law enforcement officials when he tried to flee in a vehicle used in the robbery.

After the suspects abandoned the getaway vehicle just inside the Trinity city limits, the three robbers attempted to flee on foot. Hubbard collapsed at the scene because of a medical condition and was arrested. He was taken to an area hospital for treatment and once he received medical clearance from the hospital, he was booked into the Houston County Jail on Jan. 5, 2016.

A probable cause affidavit filed in January 2016 indicated Irving was the driver of the vehicle used to flee the crime scene and was “… observed in the bank’s surveillance system and participated in the robbery itself, having entered the bank at gunpoint, placing all occupants in the bank in fear or imminent serious bodily harm or death and then took an undetermined amount of money. (The) involved actor (Hubbard) further picked out the defendant (Irving) from a photo lineup and will testify to all action involved by all parties involved in the aggravated robbery.”

Irving’s trial began on Tuesday, May 2 with the selection of the jury. Once the jury had been seated, the evidentiary phase of the trial began with testimony from Lovelady State Bank employees who were present at the time of the robbery.

Once the Lovelady State Bank employees concluded their testimony, the court was recessed until the following day.

Day two of the trial saw testimony from Texas Rangers Steven Jeter and Valentin Ceniceros pertaining to the evidence chain of custody, the credibility of Hubbard in pointing law enforcement officials towards Irving and the reliability of DNA e

vidence gathered during the investigation.

Former D.A. Investigator Bill Ruland, now with another law enforcement agency, was also called to testify on the same matters.

Following Ruland’s turn on the witness stand, the prosecution called three forensic scientists – Baron Andrus, Jessica Lake and Jessica Ehman – with the Texas Department of Public Safety to testify about the process used to collect DNA from the recovered evidence and to discuss the possibility of DNA transference from one item to another.

At the end of expert testimony, Kaspar called Hubbard to the stand. Hubbard, who has a plea bargain under consideration, testified on the morning of Dec. 17, 2016, he received a text from Irving asking him to “Come outside and ride with him.”

Hubbard said he got into a dark-colored Hyundai sedan and drove to Trinity where he and Irving met up with Ryan Scott and Demetrius Wheeler.

He explained Wheeler was driving a red Dodge Dart and after meeting the two accomplices, Scott entered the Hyundai. Hubbard further indicated Wheeler drove the Dodge to a location just outside of Lovelady while he, Irving and Scott headed towards the bank.

After committing the bank robbery, the three felons drove the Hyundai to the predetermined meeting place where Wheeler was waiting in the Dodge and sped towards Trinity while being pursued by a bank employee and law enforcement.

As he continued his testimony, Hubbard said he collapsed when the robbers abandoned the car in Trinity and fled on foot. His next memory was of waking up in the hospital where Ranger Jeter attempted to get a statement.

Hubbard told the jury he tried to distance himself from the robbery by lying to Jeter the first time they talked. During the course of a second interview with Jeter, Irving’s name came up and in a third interview, Hubbard recounted the entire story to the Ranger.

At the end of Hubbard’s testimony, the trial was recessed until Thursday morning when White began his defense of Irving. The argument provided by White was Irving was never in Lovelady, but rather in Houston at the time of the robbery.

White called two witnesses to the stand, Gayleen Irving and Jarrett Irving, the defendant’s brother and sister who both indicated Irving was at home.

After the Irving siblings had testified, the defense rested its case and closing arguments were heard before the jury began to deliberate Irving’s fate.

“Mr. Hubbard’s testimony along with the DNA evidence was enough to convince the jury of Mr. Irving’s guilt,” the D.A. stated.

“After finding the defendant guilty, the jury heard evidence that Mr. Irving was on a deferred adjudication probation for money laundering when he committed the bank robbery,” Kaspar indicated. “He had served one year and three months of his probation before committing the bank robbery in Lovelady.”

Irving received a sentence of 45 years in the Texas Department of Criminal Justice, Institutional Division and will be eligible for parole after he has served 22 and one-half years, according to Kaspar.