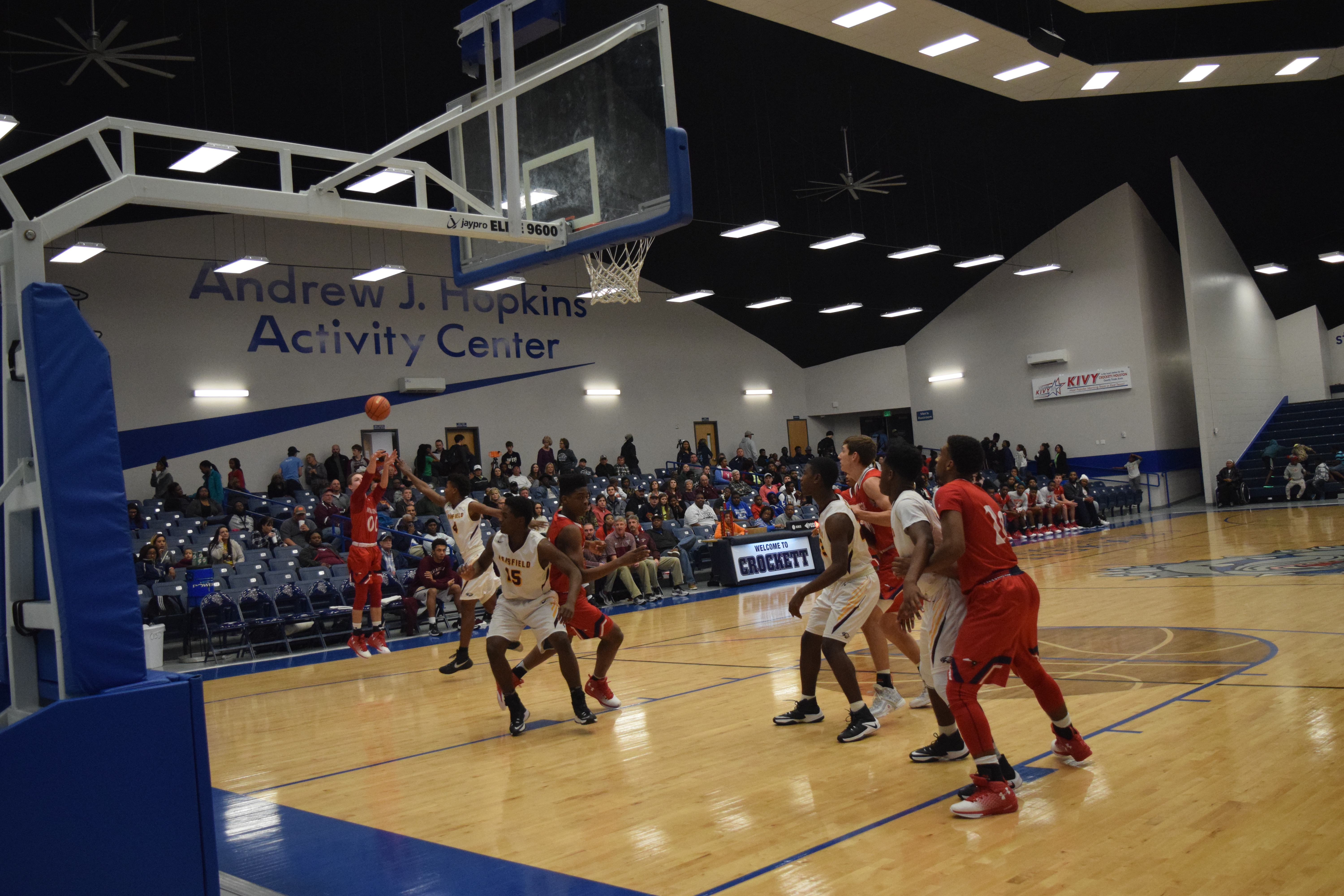 CROCKETT – It was a championship game that very easily could have featured both Grapeland and Crockett. The Bulldogs lost to the Fairfield Eagles in the first game of the Houston County Holiday Basketball Tournament by a score of 52-43 in a game they should have won.

The Sandies lost to the Madisonville Mustangs by a final of 48-47 after leading by 10 in the fourth quarter.

Alas, neither the Bulldogs nor the Sandies made it to the final game as the two top teams after pool play concluded on Friday evening were the Fairfield Eagles and Madisonville Mustangs, both Class 4A teams.

The game was held on Friday, Dec. 30 and at the outset, both teams looked tired. Fairfield and Madisonville had played four games in the span of 48 hours and the wear and tear of the hardwood appeared to take its toll.

The Eagles appeared to be the fresher of the two squads but, as the contest wore on, the Mustangs were able to get their second wind. Unfortunately for Madisonville, it appeared to be too little, too late as the Eagles swooped in for the 58-51 win.

As the game got underway, the Mustangs could not find their shooting touch and scored all of four points in the first on baskets from Sam Bennett and Deontae McAdams.

The Eagles seemed to have the fresher legs and dropped 15 points on the Mustangs in the game’s opening quarter. Kolby Adams and Akeem Jackson scored five each for Fairfield while E.J.  Ransom and Jailyn Tatum added two. Jaise Oliver converted one of two from the line to round out the Eagles scoring attack in the first quarter and stake Fairfield to a 15-4 lead.

The Mustangs began to get their legs under them in the second quarter and scored 20. Tommy Holiday led the charge with seven while Bennett went for five. Both McAdams and Kasey Williamson hit a three while Kendall Moffett added a two to help Madisonville get back in the championship game. 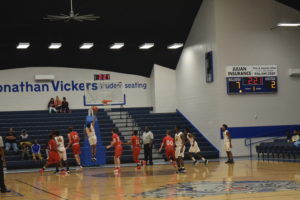 Fairfield continued to play steady, fundamental basketball and scored another 15 points in the second period. Adams hit a pair of threes and was joined by Oliver with six points in the quarter. Jackson added two and Tatum converted one of two from the line to make the halftime score 30-24, in favor of the Eagles.

Madisonville continued their hot shooting after the break and managed to take a one point lead after the third quarter. Holiday continued to dominate inside and added eight more to his total. Bennett and Nick Porter both knocked down a three, McAdams scored two and Williamson converted one of two from the line.

Fairfield’s offensive production was limited in the third, thanks to a stingy Mustang defense. Adams scored four of the Eagles 10 points as Ransom and Kolbe Branch both hit a shot from behind the three point line to make the score 41-40 – Madisonville – with eight minutes left in the game.

The Eagles turned the tables on the Mustangs in the fourth quarter. While Fairfield was limited to 10 points in the third by Madisonville, the Eagles held the Mustangs to 10 in the fourth while they scored 18 to pull away. Tatum scored six, Adams and Jackson both dropped in five and Oliver added two to seal the deal and give Fairfield the 58-51 win.

Holiday added five to his total in the fourth quarter, Cornelius Merchant made three of four from the charity stripe and Bennett added two to bring the Mustang scoring to an end.

On the game, Tommy Holiday led the Mustangs in scoring with 20 points. Sam Bennett netted 12, Deontae McAdams dropped in seven, Kasey Williamson had four and Cornelius Merchant, as well as Nick Porter, scored three. Kendall Moffett added two to round out the Madisonville scoring in the championship game.

The Eagles were led by Kolby Adams with 20. Akeem Jackson scored 12, both Jaise Oliver and Jailyn Tatum scored nine, E.J. Ransom dropped in five and Kolbe Branch had five to round out the Fairfield scoring. 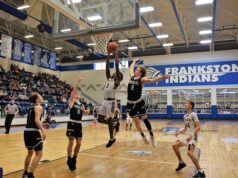