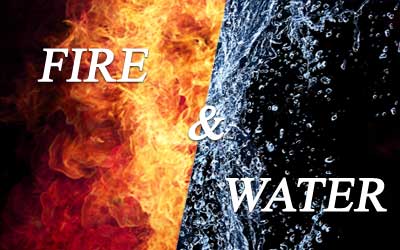 HOUSTON COUNTY – In the last edition of The Messenger, management practices of the Consolidated Water Supply Corporation (CWSC) were called in to question by shareholders Kevin Holbrook, Kirk Brenner and Kim Spellman.

The trio of Holbrook, Brenner and Spellman levied accusations of nepotism, excessive overtime pay, questionable practices in funding of the CWSC retirement plan and general mismanagement of the corporation at the feet of CWSC General Manager Sherry Reed.

Following the trio’s remarks, CWSC constituent Virgie Stewart addressed the CWSC Board of Directors and said, “First of all, I would like to thank the employees of Consolidated Water because, I think they do a great job. I have been here for the last 23 meetings and I would like to know sir (she asked Brenner), why is it there are things being discussed I have never heard of before and most possibly discussed in executive session – but they hit the street before we even get out of the meeting? Somewhere, there is something that is not right.”

Stewart continued, “I want to know how much money has been spent investigating any wrong doings of Mrs. (Sherry) Reed and nothing has turned up? Is it $100,000? I sat here and listened to the audits and they found nothing.”

A single individual in the crowded room applauded at the end of Stewart’s remarks.

The next person to speak was Carol Hoch, the older sister of Sherry Reed. Hoch spoke about the Texas Open Meetings Act and explained the CWSC Board may not even realize they are not in compliance. “What is on the agenda for the public to see can be discussed. If something is discussed that is not on the agenda, it is a violation, a Class B misdemeanor. A certified agenda recording of an executive session is confidential. A person who makes these records public commits a Class B misdemeanor and may be held liable for damages, court costs, etc.,” she said

Hoch said she had attended every open session of the monthly Board of Director’s meetings since February of 2015, except for two, and said she had records which indicated as much.

She also referenced comments made by an unnamed individual during a CWSC meeting held on Aug. 9 and expressed her belief some of the comments could have only been made based on “… information that could have only come from executive session. The minutes will document this. This guest had to get his information from a board member.”

Once all public comments had been exhausted, CWSC Board President John Massingill moved the meeting into the actionable items portion of the agenda. The first item pertained to a resolution that would establish meeting and agenda procedures, address conflicts of interest and address relationships between board members, the general manager and the employees.

Attorney Patrick Linder had been retained as counsel for the CWSC Board and when a motion to approve the resolution appeared to die for lack of second, the attorney was asked for his input. Lindner said the resolution called for an agenda committee to be formed in order to determine what and in what order items would be placed on the agenda. He further explained the Board President would be responsible for appointing the agenda committee. In essence, Lindner said this would make the agenda more director driven and less manager driven.

This item had previously been addressed during the October meeting of the CWSC Board and tabled. After Lindner concluded his explanation, a motion was made, seconded and approved to table the item once again.

The next agenda item concerned the adoption of a conflict of interest policy for the CWSC Board of Directors. With no discussion, the measure was approved.

Following the approval of other items, a lengthy discussion on employee raises, Christmas bonuses and the CWSC Christmas party was held.

Board member Jeff Hall spoke on the matter. He said, “In the past year, we have had an increase in our rates that was rather substantial. Granted, it has been a long time since we have had one, but it was a substantial increase. As a member of the board, I have had several of our shareholders approach me and ask why the increase and why all at once. I tried to explain that to them. I feel it would be extremely detrimental if we came off with a major increase in salary for any or all employees. If we were in such dire straits that we had to raise the rates, it doesn’t make sense that we give back all the money all at once. I know it’s not fair because I know you (CWSC employees) have been working hard.”

Hall did propose a cost of living adjustment but further questioned the award of Christmas bonuses to employees using the same argument against the pay hike. He also suggested limiting overtime pay and if the amount of overtime pay was brought in line, Hall said he would be willing to re-visit the issue.

Reed explained, “Most of the overtime comes from the plant men and I’m sorry those plant men happen to be related to me. They weren’t hired by me – well, one of them was – but the one that is most complained about wasn’t hired by me.”

She said the plant men drove over 300 miles a day and worked seven days a week, but stressed the corporation was having trouble finding qualified applicants. Linder interjected and said this was a discussion which should be held at the time budgets were determined and guided the discussion back to the agenda item about employee pay raises.

After several more minutes of discussion, a motion was made and approved to cease employee pay raises/bonuses at the current time and to revisit the issue at a later date.

Following the approval of consent agenda items, the board retired into executive session at 7:15 p.m., but took no action was taken once they returned from behind closed doors.