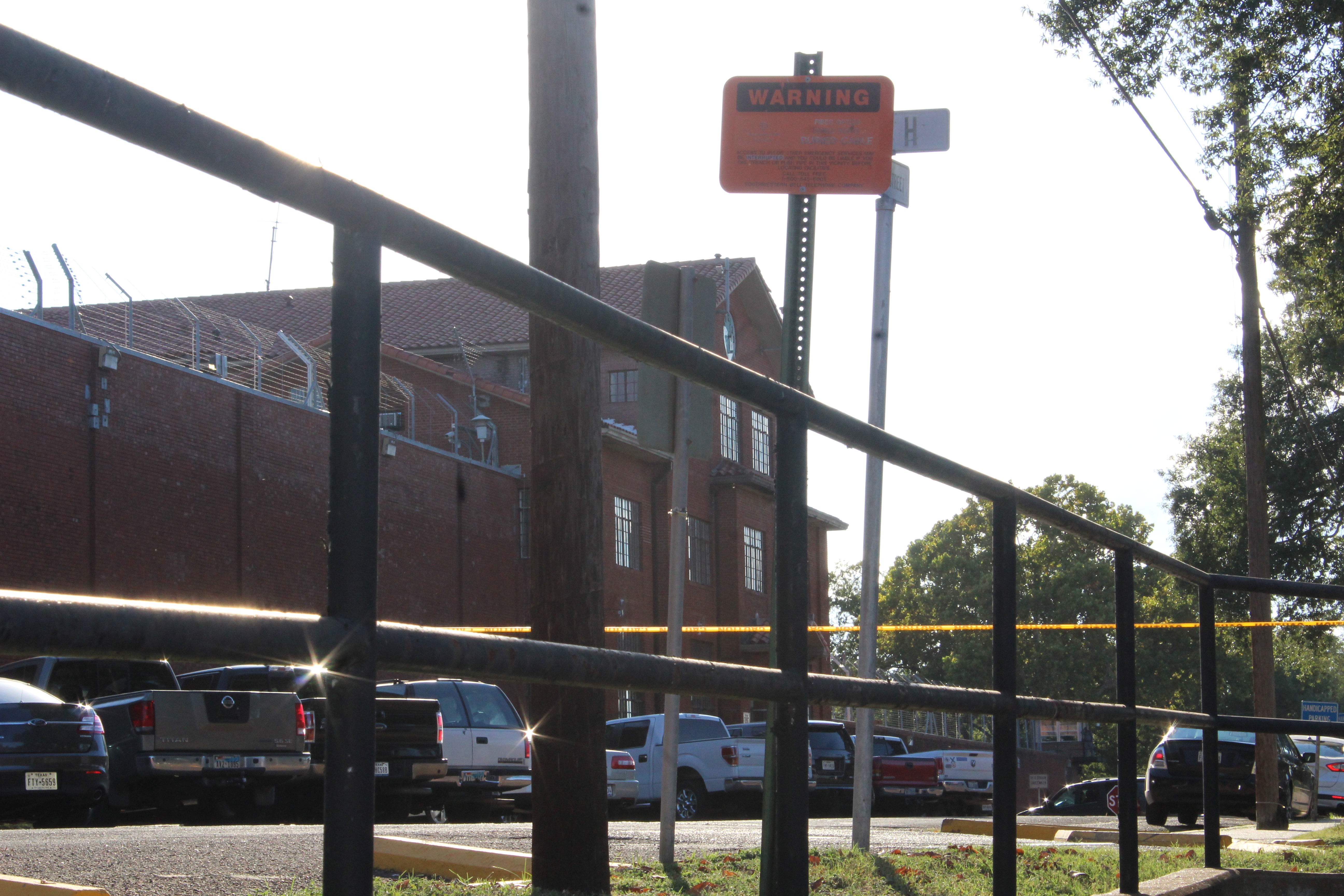 By Teresa Holloway
Messenger Reporter
HUNTSVILLE – The streets outside the Huntsville Unit (formerly known as ‘The Walls’) were dotted with groups of execution protesters Oct. 5. Hours before the proceedings even began, protesters rallied at the intersections and along the streets.
Inside the Walls, the execution process began at 6:02 p.m. Fuller was taken from the holding cell into the death chamber.
At 6:03 p.m. in a small, dark green room flanked by observation areas, Barney Fuller was strapped to a gurney mounted on a single fixed pole. Bright, sterile lighting flooded the room, highlighting the calm face of the killer.
Fuller lay flat on his back, both arms extended to his sides supported by rails. His wrists were strapped to the flat rails, hands wrapped and secured in ace bandaging and gauze. He was draped with a spotless white sheet folded back just below the chest.
Both arms contained intravenous tubing. At 6:05 p.m. an unnamed solution began flowing into the right arm. At 6:15 p.m., a solution began flowing through the tubing into his left arm.
Above his head a camera and microphone were mounted.
At 6:22 p.m. Fuller appeared very relaxed as he spoke into the microphone inches from his mouth. “I don’t have anything to say, you can proceed, Warden Jones,” Fuller clearly said.
The administration of the lethal dose began at 6:23 p.m. Fuller became noticeably groggy almost immediately.
“He’s fixing to put me to sleep,” he mumbled. Fuller yawned once and did not move or speak again. At 6:56 the procedure was deemed completed by officials.
The attending physician entered the room. Using a bright penlight, the doctor observed Fuller’s pupils. Gently turning Fuller’s head, the doctor checked for a pulse in the neck.
Pulling a stethoscope from his jacket, the doctor listened to Fuller’s chest.
At 7:01 p.m., Barney Fuller was formally pronounced dead.
The State of Texas sentenced Fuller to death for his confessed crimes of capital murder. Fuller has spent the last 12 years on death row, awaiting fulfillment of that sentence.
Fuller’s appeals were denied. His crimes were heinous. Texas Department of Criminal Justice, Institutional Division, summarized the incident, “On May 14 in 2003, in Houston County, Texas, Fuller entered the residence of his neighbors, a forty-three year old white male and a thirty-nine year old white female and fatally shot both of them multiple times. Fuller then fled the scene on foot.”
Several days earlier, after an argument with his victims, The Copeland Family, Fuller shot the electrical transformer “to smithereens” and was issued a letter informing him he’d been charged with Terroristic Threat.
According to investigators, Fuller drank heavily, armed himself with multiple weapons and went next door. After breaking in the back door, Fuller shot Nathan Copeland in the head and body. Annette Copeland made it to the master bathroom and called 911 on her cell phone before Fuller caught her there and brutally ended her life, shooting her twice in the head.
Fuller stormed through the house in search of the two children. He located 14 year old Cody Copeland in his bedroom and fired at him three times, striking him in the shoulder.
Eleven year old Courtney Copeland was able to hide, and Fuller, not finding her in the dark, fled the scene on foot.
Both children survived the assault. Several of the victims family members attended the execution.
terholloway@hotmail.com