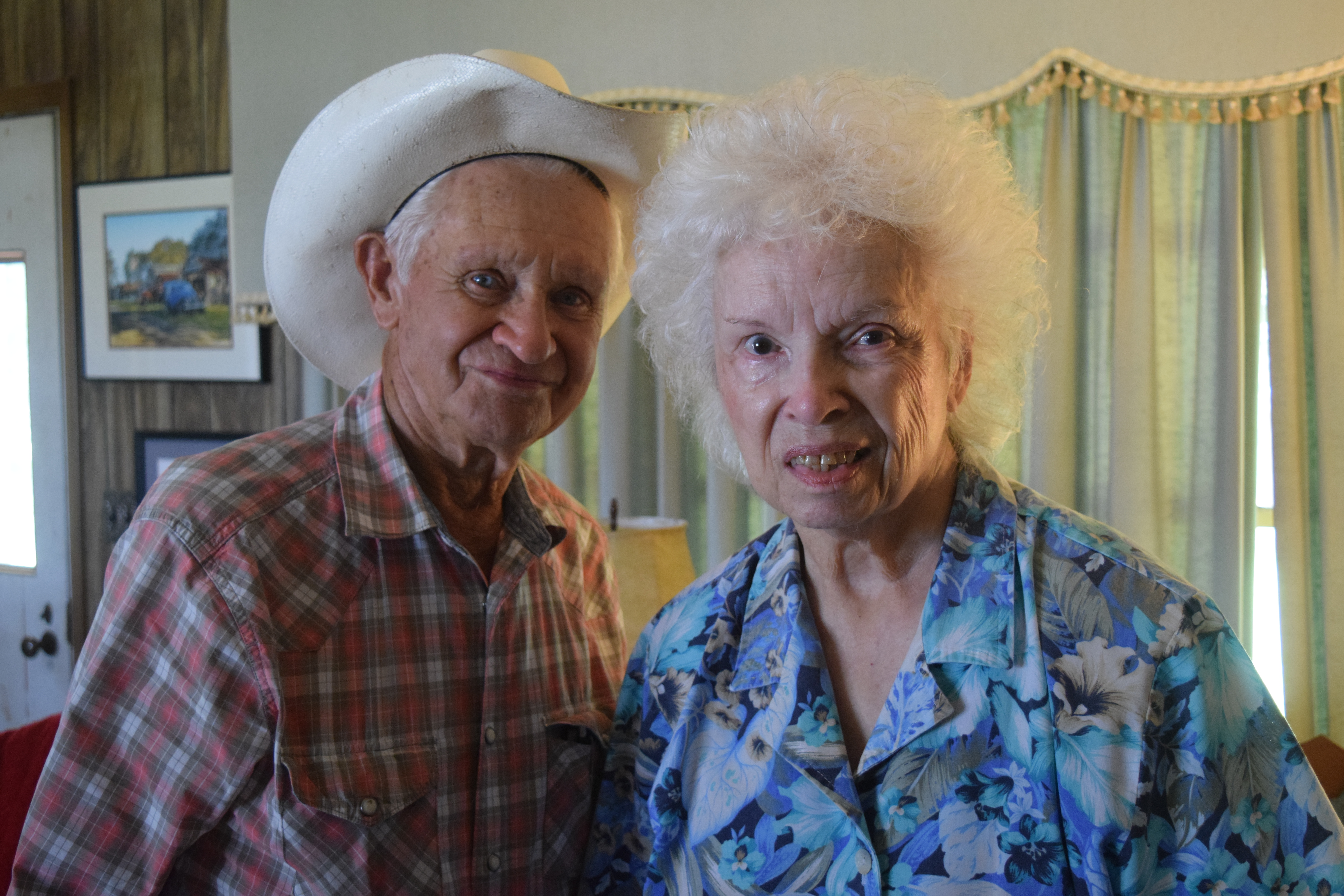 GRAPELAND – The year was 1976. The United States of America was in the midst of celebrating its Bicentennial. Gerald Ford was president, Muhammed Ali was the heavyweight boxing champion of the world, Rocky Balboa had not yet defeated Apollo Creed and Bruce Jenner was a the AP’s male athlete of the year.

My, how times have changed. It was also in 1976 a young man from Grapeland helped another man move a house. While it may seem somewhat strange, it was from this house moving experience the idea for the Bluegrass Festival was spawned.

Floyd Salmon, the co-founder of the Labor Day Weekend Bluegrass Music Festival  and owner of Salmon Lake Park,  recalled the experience and said, “At one time, I was moving houses, running bulldozers, had a billboard sign business and I was grasping at straws to do anything that might bring in a little money. Then, this (the idea for the Bluegrass Festival) came along in 1976.”

As he thought back, he smiled and continued. “I moved a house for a fella in Elkhart who was a bluegrass fiddler. His name was Earl Garner. We invited him down to cook hamburgers one night by the lake. We didn’t have anything down there then but one building.”

Salmon remembered his friend started talking about festivals “… but at that time Willie Nelson had that bad reputation and if you mentioned festivals you thought bad things. I told him, ‘Man, I wouldn’t have one of those things here. The preachers would run me out of the country!”

He said the entire time they were eating, Garner kept talking about holding a festival at the lake for bluegrass music. “Finally, when we got through – I had about $1,400 in my pocket because you never knew when you might need it getting off some of those trucks I was on – Earl said, ‘I can get the bands for nothing.’ I told him I felt like we really should pay them so we decided on $150 a band. I told him not to go over the $1,400 and that’s what we got them in here for.” 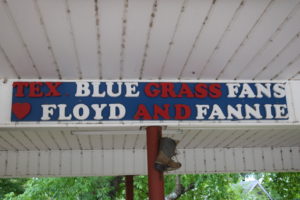 With a plan in place, Salmon said he and several friends and relatives went to the wooded area near the lake “… cut down the trees and cut some chunks of wood for people to sit on. Down by where the stage area is now, it was real brushy so I took a brush hog and went down there and brush hogged it out. Then we got an old trailer and that was our stage. “

“The Jaycees had just formed a thing here,” Salmon recalled. “They were looking for something to do. They were eating this up, especially when we said they could make a lot of money out of it. They asked my dad (Jake) how much food do you think they’ll need. He said there were liable to be 10,000 people here. They all kind of looked at each other and got to figuring. I remember they bought one hundred dozen eggs. I remember my dad and were on our way back home and I asked him if he really thought there might be 10,000 people out here. He said there won’t be.  We had the first one (bluegrass festival) and there weren’t 200 hundred people that showed up. They (Jaycees) sold eggs all over town and to each other. That was one of my goals….not to be satisfied until we sold one hundred dozen eggs. Now, we did sell over 80 dozen one year.”

“My dad really liked it,” he said. “He made friends with everyone and he and Earl really hit it off. The first year we lost $200 and the next year we gained it back. Over three years, we broke even, if you didn’t count anything but the bands.”

It took a little bit of time before the festival began to grow, according to Salmon. “When my daddy d 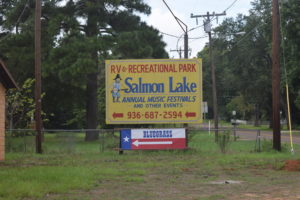 ied six years after we started, I hated to just quit. The thing started building and then it got to really building, so we started putting in more (RV) hookups. It was a slow process, but I enjoyed building it. It’s getting to be work now!” he laughed.

Salmon said over the years he partnered with Joe Featherston who stayed with the festival for 20 years. “He would come in here with the names of bands and we would always talk it over. Fannie was really good with the bands as far as knowing who would be entertaining. When he left, Fannie said she couldn’t do that by herself but I told her she was already doing it and when the bands would call they would talk to her.  Some of the bands she hired – I thought they were bathroom bands. You know the type of band you go to the bathroom when they’re on-stage,” Salmon laughed and said.

“But, you know what? She always picked good entertainers and those bands were some of the best entertainers we ever had,” he said.

Recalling some of the acts through the years, “Probably Louisiana Grass was one of the most entertaining bands. Chubby Wise also played here and Gov. Jimmie Davis did too,” he said.

Salmon said the Cox Family, from Louisiana, is one of the rags to riches stories that have played the festival. “Earl Wheeler, with the Marksmen, told me the first time they played here he had to buy ’em a tank of gas just to get over here in one of those old ‘70s model station wagons. They went on to Nashville and got hooked up with Allison Krauss, who’s big in bluegrass, and Dolly Parton. They wrote songs for them and they were in the movie ‘O Brother, Where Art Thou?’ They went to England and got discovered over there and came back and made a ton of money.” 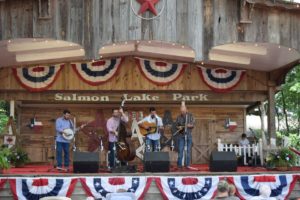 sked what the most enjoyable thing about the Bluegrass Festival was, Salmon said, “Meeting the people. They were and still are some of the best people in the world. They make things and send them to us and get to be just like family. I think that’s what it’s all about. It has really always been about the people. Really what gets us through it now is volunteers that have come to the festival for years and years. Some mow, some help us on the gate. It’s really their festival I guess, even though we get the credit,” Salmon said.

While Floyd and Fannie Salmon have yielded the festival side of things to Colleee Biller-Littlefield, he said he sometimes misses it but he stressed, “She does the stage, does the advertising, goes to Nashville and is really doing a good job. You can tell by the stuff they put up around town, they are really into it. They didn’t come here to make money. That would kill it for most people once they realized that when all is said and done and the bills are paid, there’s nothing left. You have to go move a house to make some money!”

“Really,” he added, “it’s the friends we’ve made that makes it all worth it.”