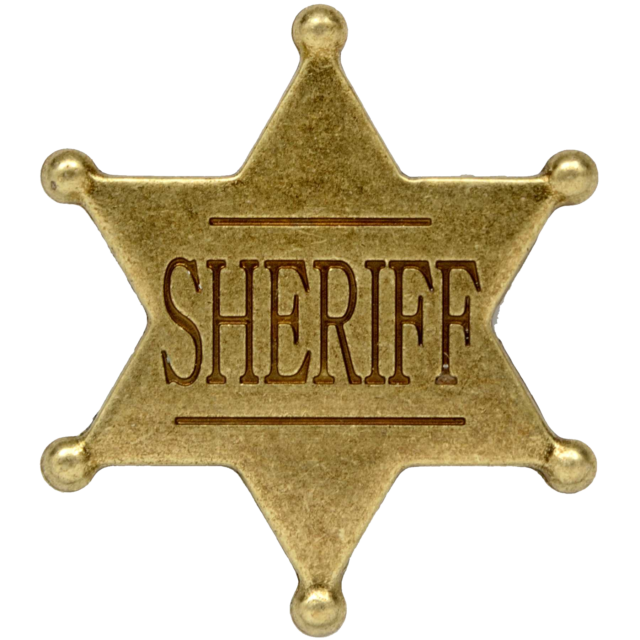 HOUSTON COUNTY –   When many hear the word ‘sheriff’, they think of the old west. A dusty street. The lawman standing face to face with the black suited, mustached villain. What could possibly be more American than the image of the sheriff?

As it turns out, the office of sheriff started out about as American as fish and chips – or tea and crumpets.

To find the beginning of the office of sheriff, you need to back over a thousand years in time to Anglo-Saxon England. About the year 700 A.D. the Anglo-Saxons began to divide the country into groups of 10 families. Each group of 10 families formed a ‘tun’. That is where the word ‘town’ comes from by the way.

Several towns were organized into shires. These were equivalent to our modern counties. Many English towns still carry their name from the time when they were the ‘county seat’ of their shire. Cheshire, Derbyshire, Hapshire – this is why these towns still carry these names.

In the days before modern communication, the King needed a man in each shire to keep order and follow the laws. However, since these people were so far away from the capital, each shire began to develop its own ideas of what laws should be followed in each community.

Each of these law enforcement officers was known as a ‘reeve.’ The ‘reeve’ of each shire was called the ‘shire reeve.’ Which was later shortened to sheriff. The first English settlers arriving in America brought this concept with them. It was even more needed here, which has always been so much bigger and with such a dispersed population.

“The sheriff isn’t elected or appointed by a President, or any bureaucratic office,” Hargrove explained. There was a case of a sheriff in Indiana who asked the Federal Drug Administration to leave his county when the sheriff determined that they were harassing farmers in the area.

“This all comes with a huge responsibility,” Hargrove cautioned. “He is not just the sheriff to those that elected him – but to anyone who is in or traveling through the county. He’s charged with their safety and protection as well.”

In most counties around the country, the sheriff is the only law enforcement officer directly accountable to the people of that county. So if you happen to get stopped by a county sheriff don’t be angry – thank them for more than a thousand years of service – and then explain you never saw that stop sign.