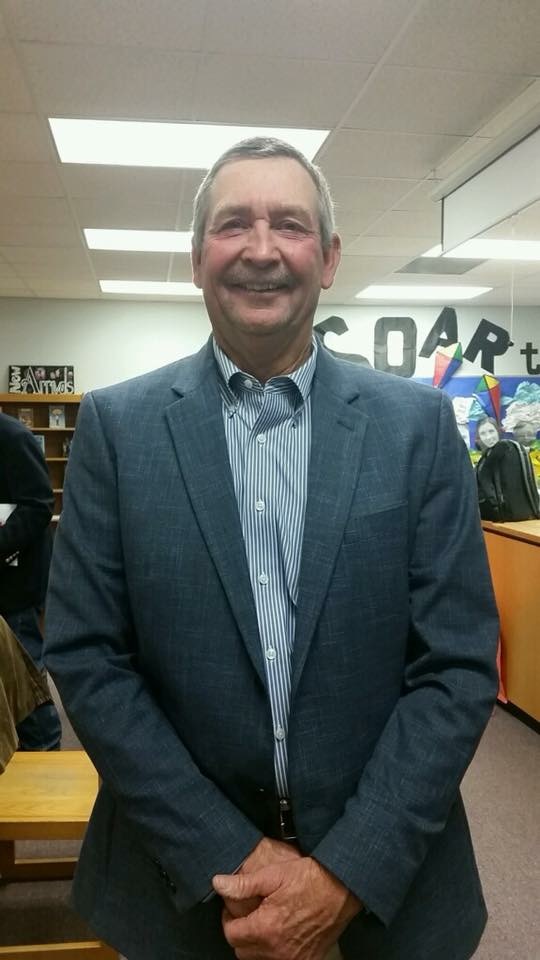 Homecoming 2021 to be Huff’s Final Call

Back in 1995, Mitchell Huff took over the PA microphone at Sandie Stadium. His voice has filled the air for over two and a half decades, walking those in attendance through the excitement – the thrill of victory and the agony of defeat if you will – of countless home games. He has given hundreds of young athletes their 15 minutes of fame as they hear their name called over the loudspeaker and has given proud moms and dads plenty of reason to swell with pride or shed a tear of happiness. Mitchell has literally been the voice of Sandie Stadium for several generations of young athletes, students, band members, cheerleaders, families and supporters.

How does one even stumble across such an epic experience?

“Tim Howard was doing the stadium PA and wanted to step down,” said Huff. “He asked me if I would be interested. We got to talking about the job and I told him I would give it a try.”

Over the course of 26 years everything that can happen during a football game has happened under his watch. Huff has been tasked with not only keeping the stats, numbers and names straight, but also with lifting a crowd during exciting times and keeping things calm during less pleasant moments.

Just like everyone who has moved on after such a long run, Huff knows there will be a void to fill after Homecoming 2021. “26 years later I decided it was time for someone else to become the new stadium PA. I’m sure I will miss it, but it’s time to put the mic down,” said Huff. “I had a great run. I just have a lot more things to focus on.”

A great run indeed. Sandie Stadium and all who enter will surely miss that familiar voice.

Thank you for the call, Mitchell. Well done sir.

District 20-2A Boys’ All District Selections Released
**UPDATED**Body of Missing Woman Found in Houston County
Coronavirus: By the Numbers