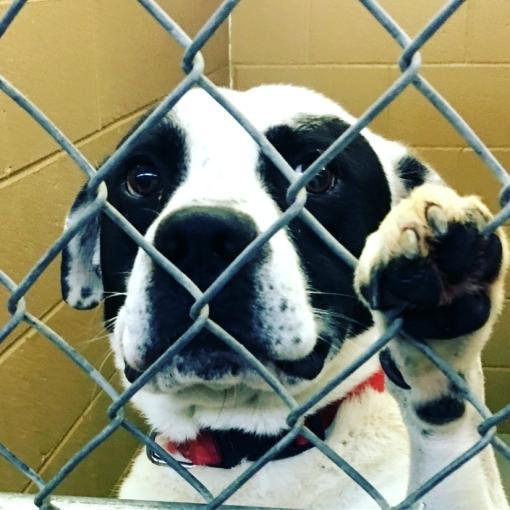 CROCKETT – If you have ever scrolled through television channels late at night, chances are you have seen a gut-wrenching commercial from the American Society for the Prevention of Cruelty to Animals (ASPCA).

The commercials show the saddest looking dogs and cats, all set to the emotionally draining Sarah McLachlan song “Angel.”

While the ads are meant to pull at your heart strings and make you want to go adopt a dog or a cat, there isn’t an animal shelter or ASPCA location in Houston County to take in the these homeless/unwanted animals.

These strays often end up wandering the countryside or the city streets and that’s created a real problem for the residents of Crockett.

During a Crockett City Council meeting held on Monday, Aug. 5, the issue was first addressed in the public comments portion of the meeting and later as an agenda item by Crockett Police Chief Clayton Smith.

“We have talked about the animal issues here in the city of Crockett. The city administrator (John Angerstein) and I have talked over the last two weeks about different ideas and I have spent the last two weeks reaching out to animal shelters and other cities, trying to find a solution that would be a good fit for the city of Crockett,” the chief said.

Smith said whatever path the city decided to take, there would be a significant expense but added the costs could be offset while providing animal control to the residents of Crockett.

Prior to his presentation, Smith distributed documents to the council members and mayor outlining different options and the costs associated with each.

As he continued, Smith said ordinances within Crockett pertaining to animals were well structured, but added he felt other ordinances could help in controlling the stray animal population.

“The only way for the ordinances to be effective is to enforce them strictly and consistently. Enforcing the ordinances already in place as well as proposed new ordinances will hopefully encourage animal owners to abide by the ordinances set forth by the city council. If not followed, the ordinances allow for fines and impoundment of animals that directly affect the animal owner both financially, and in some cases, criminally,” Smith stated in the distributed documents.

The police chief also provided two possible plans for the council to consider. Proposition one called for: hiring one part-time animal control officer; the purchase of an animal control vehicle; the purchase of traps for feral cats; establishing a fund to provide for the spaying or neutering of animals; and the passage of ordinances requiring pet owners to have collars marked with some form of identification and to have the animals microchipped.

Smith explained the first year cost of this plan would be approximately $64,000 with annual costs of roughly $44,000 afterwards.

Proposition two called for the construction of an animal shelter, approximately 40’x40’, which could hold between 10 and 15 dogs along with 10 to 15 cats. The shelter would be equipped with plumbing, air conditioning and heat and a loft for storage.

The plan also called for the hiring of two, part-time animal control officers, the purchase of an animal control vehicle equipped to transport animals longer distances and having the city enter into an interlocal agreement with the Houston Humane Society “… to accept our animals on a scale of up to 40 per month, dogs and cats included, at a fee of $35 per animal.”

The first year cost of proposition two would be approximately $225,000 with annual costs of roughly $72,000 afterwards.

After several minutes of discussion, it was decided to explore proposition two more fully and to inquire if the county would be interested in partnering with the city on this matter.

Memorial Day 2018
Update on Spread of Coronavirus – Oct. 2
The Best of Houston County