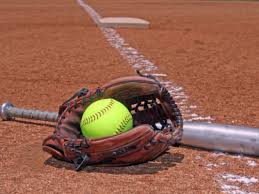 HUDSON – The Lovelady Lady Lions came as close as anyone has all year of beating the West Sabine Lady Tigers during the Regional Finals. After losing Game One of the best-of-three series on Thursday night by a final score of 2-1, the Lady Lions and Lady Tigers were back at it again on Friday night for Game Two.

With their backs against the wall, Lovelady came out swinging and took a quick 3-0 lead. Scout Lovell led off the game with a single to right and moved to second on a Jacy Stubblefield bunt. An error moved the runners up a base but it really wouldn’t matter in the long run.

Mimi Sandoval followed Stubblefield to the plate and on a full-count, she crushed a Haley Primrose pitch. The ball left the yard quick, fast and in a hurry, giving the Lady Lions a 3-0 lead.

Following a Linda Martinez strikeout and a Morgan Womack groundout, Haven Prager was hit by a pitch while Erin Sample drew a walk to keep the inning going. Rylee Biedrzycki, however, struck out to end the Lovelady half of the first.

When West Sabine came in to bat, they trimmed a run off of the Lady Lions’ lead. Halli Hall fanned to lead off the Lady Tigers’ at-bat, but Susan Muncrief blasted a Sandoval pitch over the wall in left to make the score 3-1. Following the Muncrief HR, Sandoval struck out Primrose and Erin Frick to bring the first inning to a close.

The Lady Lions were held scoreless in the top of the second despite a double from Lovell. The Lady Tigers, however, sliced another run off of the Lovelady margin when they came in from the field. Cora Sepulvado led off with a walk while Faith Hardy fanned. A single from Selina Sepulvado moved C. Sepulvado to second, but when Madison Fuller grounded out to third, it looked as if Sandoval might get out of the inning unharmed. An infield error, unfortunately, allowed C. Sepulvado to cross the plate and make the score 3-2.

After Sandoval fanned, Jasee Trowbridge to end the inning, the Lady Lions were unable to do anything in the top of the third. Martinez popped up to short while Womack doubled into right. That was as far as Womack would get, however, as Prager struck out swinging while Sample popped up to second.

West Sabine tied the score when they returned to their dugout. Hall popped out to open the inning while Muncrief grounded out to third. Primrose was up next and she extracted a little pay back on Sandoval as the Lady Tiger slapped a 3-1 pitch over the wall in left to make the score 3-3. After Frick singled, Sandoval came back to strike out C. Sepulvado to end the third inning.

The Lady Lions reclaimed the lead in their half of the fourth inning. Following strikeouts by Rylee Biedrzycki and Makenna Pierce, Lovell drew a walk and moved to second on a passed ball. Stubblefield was up next and she doubled into left, driving in Lovell. Sandoval drew a walk and Martinez followed with a single to left, plating Stubblefield and putting Lovelady back on top by a score of 5-3.

Sandoval worked a 1-2-3 inning in the bottom of the fourth and when the Lady Lions came in to bat, they threatened to blow the game wide open.

Following two quick outs, Biedrzycki walked and Pierce singled to center. An error on a Lovell groundball loaded the bases, but a pop up from Stubblefield brought the Lady Lions’ threat to an end.

Once again, the Lady Tigers battled back. A sacrifice from Primrose brought in Trowbridge to make the score 5-4, but with the bases loaded, Sandoval fanned Frick and C. Sepulvado to end the frame and send the game into the sixth inning.

Lovelady held the Lady Tigers in check during the bottom of the seventh inning but after the Lady Lions failed to get anything going, West Sabine squeezed out a run in extra innings to take down Lovelady by a final score of 6-5.