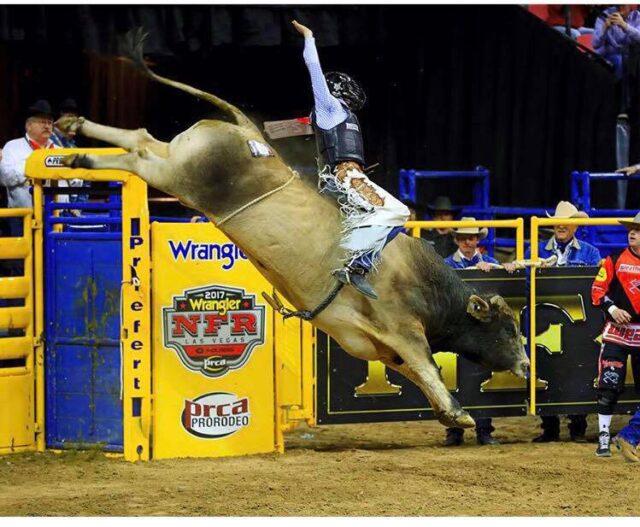 EAST TEXAS –Garth Brooks once sang “It’s the ropes and the reins and the joy and the pain and they call the thing rodeo.”

Well, it looks like this thing they call rodeo is working out for Lovelady native Boudreaux Campbell as it was announced earlier this week that Campbell was among the 39 bull riders who have qualified to compete in the Professional Bull Riders (PBR) World Finals this year.

According to www.pbr.com, “In 2020, one rider has qualified for both the PBR World Finals and Wrangler National Finals Rodeo – Boudreaux Campbell. Amid his first season competing on the elite Unleash the Beast, Crockett, Texas (Lovelady) native Campbell will make his PBR World Finals debut as the world’s No. 33-ranked rider, having logged three Top-10 efforts on the PBR’s premier series.”

Campbell will be a little bit closer to home for this rodeo because for the first time, the PBR will hold its prestigious World Finals in Texas, with the 2020 PBR World Finals: Unleash the Beast set to buck into Arlington and AT&T Stadium on Nov. 12-15.

As the competition gets underway, each rider will ride one bull per night during Rounds 1-3 from Thursday, Nov. 12 through Saturday, Nov. 14.

On Sunday, Nov. 15 all riders who recorded a qualified ride through the first three days of competition will advance to Round 4. If fewer than 30 riders recorded a score, cowboys will be drawn back based on their world rank until the requisite field of 30 is filled. Following Round 4 on Sunday afternoon, the Top 15 riders will then advance to the championship round. While Round 1 and 3 will be done by random draw, Round 2 and 4 will feature rider drafted selections.

The rider that earns the most world points through the five rounds will earn the PBR World Finals event title and $300,000, while the top ranked rider will be crowned the 2020 PBR World Champion earning a $1 million bonus and the coveted golden buckle.

The Messenger staff would like wish Boudreaux the best of luck as he makes his debut at the PBR World Finals. Ride hard and stay safe!!