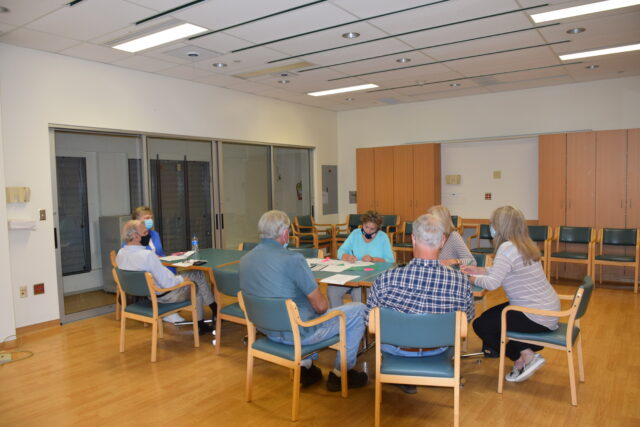 HOUSTON COUNTY – The Houston County Hospital District (HCHD) Board of Directors held a called meeting on Thursday, Oct. 1 to discuss several items that did not make it on to the previous month’s agenda.

The meeting was called to order at high noon by HCHD Board President Barbara Crowson who wasted no time in getting into the actionable items portion of the agenda.

The first item brought before the HCHD Board concerned an amended election order and amended election resolution. The purpose of this was to approve the changes of dates to reflect early voting which will begin on Oct. 13 and run until Oct. 30 as well as the addition of two new early voting locations – one in Grapeland and one in Lovelady.

The next item discussed had been tabled during an earlier meeting and concerned the appointment of board members to the Assets Management Committee and the Surplus and Salvage Committee.

Crowson assigned Karen Duncan, Erin Ford, Carol Dawson, along with herself to serve on the committees.

It was stressed this was only the appointment of the committee and not the adoption of an assets management policy. The HCHD Board had previously discussed the need for this policy in order to receive an unmodified audit from the outside auditors.

Following the committee appointment discussion, the board took up the matter of who the electric provider would be for the ambulance building.

Board member Rhonda Brown expressed she and the utilities committee had looked into rate differentials between the building’s current provider – TXU – and Cirro Energy. She reported Cirro would save over $12,000 over a five-year period.

Board member Dina Pipes suggested going with a three-year term because of the length of contract with the ambulance provider. A motion was made, seconded and unanimously approved to choose Cirro Energy as the energy provider. Oncor will continue to serve as the carrier.

The Girls of Summer are Back!
Upcoming Events Discussed by Lions
Early Voting Period Extended by Governor