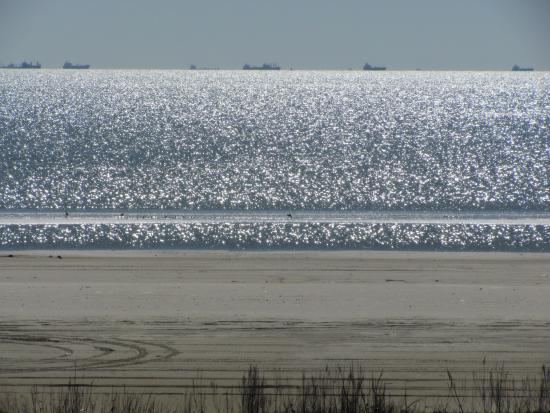 EAST TEXAS – The Fourth of July is a celebration of American Independence from England and different people celebrate the day in different ways.

Before the evening fireworks decorate the skies, some people have backyard barbecues, others go to the lake and with a three-day weekend this year – along with a driving distance of less than three hours – quite a few East Texans would normally head to the beaches of Galveston.

Unfortunately, the year 2020 has been anything but normal and while July 4 is a national holiday, the COVID-19 pandemic ravaging the country has not taken the day off.

As a result, many of the beaches along the Texas coast have been closed including those in Galveston.

According to the city of Galveston website, “Galveston beaches will be closed and parking will be blocked on both sides of Seawall Boulevard over the holiday weekend in response to recent increases in cases of COVID-19, and health and safety concerns for our residents and visitors. Beginning this Friday, July 3, at 5 a.m. through Monday, July 6, at 12:01 a.m., Galveston beaches will be closed to all traffic. People will not be allowed to access Gulf beaches at any location within the City of Galveston. Beaches will reopen Monday morning.”

The city’s website went on to state Galveston Mayor Jim Yarbrough signed an executive order for the beach closure Wednesday, July 1 after the city conferred with the Texas General Land Office. The decision to close beaches came after much deliberation, the city stated. However, Galveston city officials felt it would be in the best interest of residents and visitors to close the beaches ahead of the busy holiday weekend.

“Our local health officials have stated that we are at a critical juncture in this pandemic in Galveston County and the greater Houston region. The decision follows the guidance of medical professionals and comes after Texas Medical Center hospitals entered into Phase 2 surge plans for ICU capacity in neighboring Harris County,” the website added.

Galveston County also weighed in on the beach closure.

“Due to the last-minute nature of the beach closure because of outside circumstances, the County is trying to accommodate those who have already rented vacation rentals on the Bolivar Peninsula for this weekend and provide some limited beach access,” the county’s official Facebook page stated.

The beaches in unincorporated Galveston County, including the Bolivar Peninsula will be closed from July 3 through July 5 with the following exceptions:

No vehicular traffic will be allowed on the beaches at any time. Galveston County is discouraging visitors from traveling to the Bolivar Peninsula this weekend.