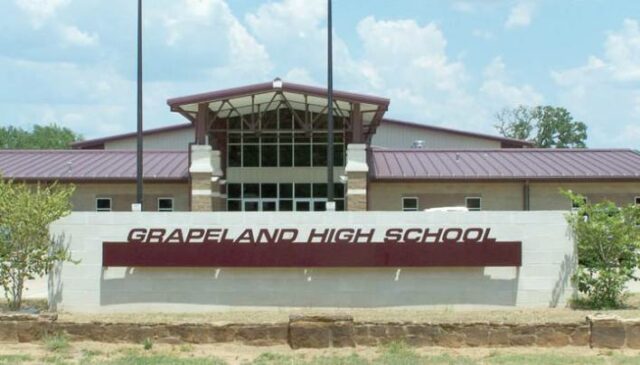 EAST TEXAS – The 2020-2021 school year is scheduled to open in a little over a month in the state of Texas. Maybe. Once again, however, the COVID-19 pandemic has reared its ugly head. On Wednesday, June 17, the single-day number of new Coronavirus cases eclipsed the 3,000 mark.

Since then, the number of new, daily cases reported has not fallen below the 3,000 mark and on Wednesday, June 24 a high-water mark of 5,551 new cases was posted. The next day, on June 25, this dubious record was broken with a count of 5,996.

Tuesday, June 23 was the day the state’s official announcement on back-to-school plans was supposed to be released.

According to an article by Melanie Torres with CBS Austin, “Teachers, students and parents expected the Texas Education Agency (TEA) to release health and safety guidance for the fall semester, but minutes before a scheduled briefing the announcement was canceled. A spokesperson said unforeseen circumstances were to blame.”

Last week, Texas Gov. Greg Abbott said it would be safe for students to return to school in the fall and gave a preview of the scheduled June 23 TEA announcement. Abbott indicated it would “… provide districts and families more information about attendance requirements, extracurricular activities, social distancing guidelines and remote learning options,” Torres stated in her article.

“The goal is to make sure – as much as possible – we have students that are in classrooms, at desks with teachers, with fellow students engaged in activities like they were when school began last year, but understanding that there may be some times it would be necessary for distance learning to be used,” the governor said.

On Thursday, June 25, however, Abbott announced that the state of Texas will pause any further phases to open Texas as the state responds to the recent increase in positive COVID-19 cases and hospitalizations. Businesses that are permitted to open under the previous phases can continue to operate at the designated occupancy levels and under the minimum standard health protocols provided by the Texas Department of State Health Services.

In addition, an executive order issued by Abbott on June 25 “… suspends elective surgeries at hospitals in Bexar, Dallas, Harris and Travis counties.”

What this means for the re-opening of school districts is unknown.

“I think they (TEA officials) are just afraid to say something they will have to change later. Several superintendents I have spoken with are the same way. They don’t want to put something out too early because they know things may change,” Grapeland ISD Superintendent Don Jackson said during a telephone interview on Thursday, June 25.

Jackson said GISD administrators would be meeting July 6 through July 10 to make plans/contingency plans for the upcoming 2020-2021 school year, in light of the COVID-19 spike.

“We put out a survey this week and it has shown approximately 82 percent of our parents would like in- school, in-person instruction. They are comfortable sending their kids back to school. However, there is still the other 18 percent we will have to serve,” the superintendent said.

Jackson explained the survey was sent out by family and 130 surveys had been returned. He went on to say if a number of two students per family was factored in to the survey response, the results would show a response rate of 260 of 620 students.

He also encouraged parents of GISD students to visit the GISD website at www.grapelandisd.net and fill out the survey.

“We are being careful. July 6 through July 10 is when we will formulate our plan. How are we going to bring kids back while practicing social distancing? There will be a specific plan for the beginning of the day, in between with class changes, for lunch and the end of the day with dismissal. We have to consider all these different elements and we have to consider busses. We also have to decide our philosophy on PPE (personal protective equipment),” Jackson said.

“We want to take the interest of the students, parents and the interest of the school and make it work. We need to develop a new philosophy and we’re close. We just need to sit down as a team and talk about it. Right now in Grapeland, Texas we are not at the severity of a large town. I hope we have the liberty to act on what is good for Grapeland and we’re not sitting at home, when we really could be at school because the danger is not as daunting. I hope the TEA allows this. The bottom line is we are hopeful we will have in-person instruction at school,” he said.