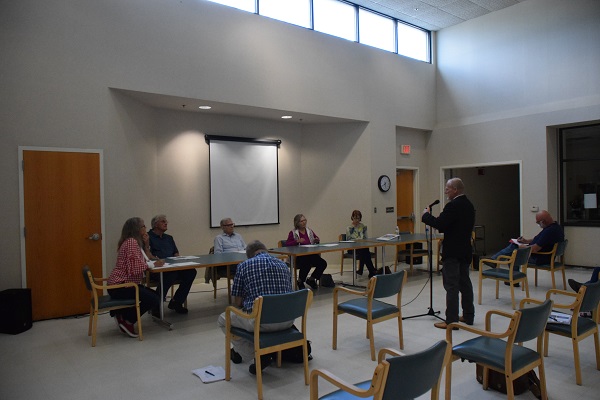 HOUSTON COUNTY – The Houston County Hospital District (HCHD) Board of Directors met in their regularly scheduled June meeting on June 16 and for the first time in three months they actually met in person.

Because of the COVID-19 pandemic, the last two meetings had been held telephonically. With a downturn in the number of positive cases in Houston County, however, the board felt it was safe to convene in-person once again.

As the meeting got underway, the first order of business was to approve the minutes of the May 19 meeting. With no discussion, the minutes were unanimously approved.

The next order of business was to receive an audit update from HCHD Administrator Dick Murchison.

“I spoke with Kim (Johnson from the accounting firm of Todd, Hamaker and Johnson) about another client and asked her when she could get to the hospital district. She said scheduling is so messed up right now and added she could either get here in August or if you guys could be patient and wait until October,  she could do both years (Fiscal Years 2019 and 2020),” Murchison said.

He went on to explain he was not comfortable in making that decision and would bring it before the HCHD Board.

Board President Barbara Crowson said she would prefer to discuss the matter in July when all the board members would be present. Only six of the nine board members were present for the Tuesday evening meeting. Following a brief discussion, it was determined to re-address the audit during the July HCHD meeting.

Pipes added the majority of transports were to Crockett Medical Center (CMC) with 64 percent, followed by Palestine Regional with 17 percent, Huntsville and Woodland Heights with seven percent, and CHI Lufkin with five percent.

Following the ambulance report, CMC Hospital Administrator Tommy Johnson provided the board with the monthly update on the hospital.

“As you know,” Johnson said, “COVID-19 has really decreased our numbers. We are only seeing about half of what we had been seeing in the ER. It’s coming back up. We are back up to 586 this month. Normally, we see between 700 and 900. It’s not quite two-thirds yet, but we are improving. Clinic visits ramped up a little towards the end of the month. We saw 80 in the clinic but with Telehealth we saw 117. That puts us just shy of 200 and we normally see about 400 in the clinic.”

Johnson added the specialty clinics saw about the same numbers they normally see because the specialists are able to work with patients via the phone. Outpatient labs and radiology, however, saw a significant drop-off.

The last order of business was to review and accept the HCHD Financial Report for the month of May.

With no further business the meeting was adjourned at 5:57 pm.