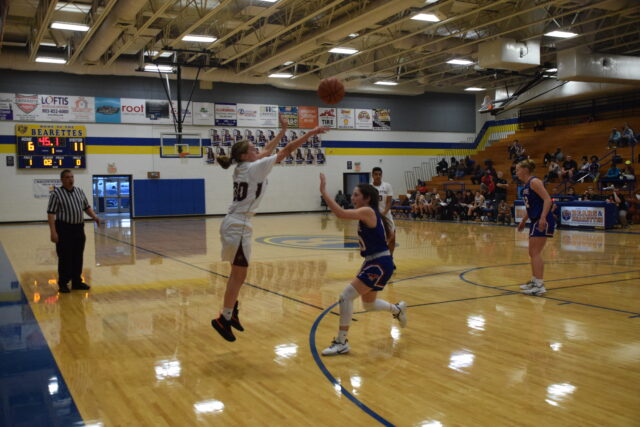 GRAPELAND – Despite falling just shy of the Class 2A State Championship, the 2019-2020 season for the Grapeland Sandiettes was one of the best in the storied program’s history.

The Sandiettes finished the year with a record of 34-5. Their season came to an end in the State Semifinals as they lost to the eventual state champs – the Gruver Lady Hounds – by a score of 59-49.

With the success they enjoyed this year, the girls from Grapeland have received numerous postseason accolades. Teira Jones was named to the Texas Association of Basketball Coaches (TABC) while Jones, KeKe Harris and Jessie Payne were named to the TABC All-Region III Team.

On Wednesday of this week, three Sandiettes received another postseason accolade as Harris, Payne and Woods were selected as TGCA Legacy All-Stars.

According to the TGCA, “TGCA selects a maximum of 20 All-Stars, from conferences 1-4A and 5-6A in basketball. These athletes are selected by the TGCA Basketball Committee, which is composed of basketball member coaches of the association, at their annual meeting. Selections are made from nominations submitted by member coaches. Athletes must be seniors to be selected. These all-stars will not participate in the summer clinic all-star activities but will receive a certificate.”

Jones had previously been selected as a member of the All-Star 1A-2A-3A-4A Blue Team.

We would like to extend our congratulations to all of these young ladies and wish them continued success in their future endeavors.