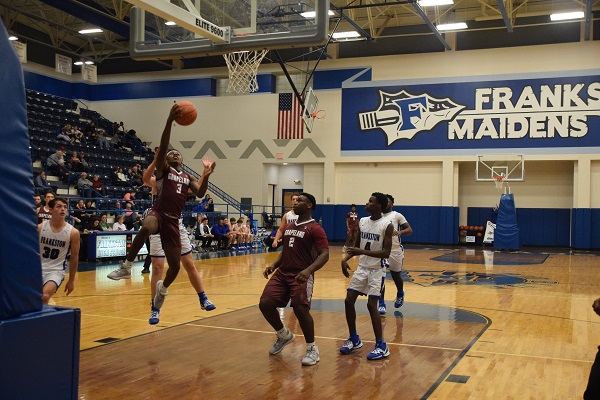 FRANKSTON – The Grapeland Sandies are on a roll. After winning five games open the season and capture the Franklin Tournament Championship, the Sandies returned home to hammer the Elkhart Elks by 30.

On Thursday of this past week, Grapeland hit the road once again as they traveled to Frankston to compete in the Frankston Tournament.

In the first game of Pool Play, the Sandies defeated the Troup Tigers by a final score of 63-51. Cadarian Wiley led the team with a double-double – 19 points and 13 rebounds. BJ Lamb also very nearly had a double-double as he dropped in 13 points and dished out nine assists.

The Sandies next game was against the host team, the Frankston Indians.

As the game got underway, both teams had trouble putting the ball through the hoop as evidenced by the 3-2 score at the 4:32 mark of the first.

That quickly changed as Lamb dropped in a three, followed by a pair of threes and a two from Deco Bryant to push the lead out to 14-7. Austin Driskell hit a two and then Lamb closed out the quarter with back-to-back dunks as the Sandies took a 20-10 lead, after the first eight minutes of play.

Cael Bruno knocked down a pair of threes for the Indians and was joined in the scoring column by Isaiah Allen with.

The second quarter saw Coach Blake Doughty experimenting with different combinations on the floor to see what may work down the line. Driskell and Lamb both connected from long-range while Wiley also had three. In addition, Keizion Ashford and Jonathan Luce both chipped in a basket to help give Grapeland a 33-23 halftime lead.

KJ Hawkins paced Frankston with five second quarter points while Bruno and Brink Bizzell both had four to close out the Indians’ first half scoring.

Following the break, Wiley began to assert himself inside as he dropped in eight points while Ashford had two.

To their credit Frankston would not go quietly. Bruno kept the Indians in the game with a pair of 3-balls while Bizzell added two as Grapeland only led by 12 with eight minutes to play.

The Sandies crushed any thoughts of a possible comeback early in the fourth quarter as they ramped up their defensive effort and forced a 10-second violation by the Indians at the seven minute mark.

From that point, Grapeland went on a 6-0 run to push the lead out to 17. Wiley’s inside play and a pair of timely threes from Driskell moved the lead out to 21 at the two minute mark before the Indians hit a pair from behind the arc to cut the margin under 20 as Grapeland held on to win the contest by a final score of 61-44.

On the game, the Indians were led by Cael Bruno with a game-high 22 points. Brink Bizzell went for eight while Isaiah Allen added six and KJ Hawkins had five. Ethan Dowling hit a late three to round out the Frankston points.

The Sandies were led by Cadarian Wiley’s 18 points and seven rebounds. Keizion Ashford knocked down 11 and BJ Lamb had 10 points. Deco Bryant and Austin Driskell both had eight, Riley Murchison went for four and Jonathan Luce chipped in two to close out the Grapeland scoring.

Friday morning saw the Sandies back on the court for more Pool Play. This time their opponent was the Cross Roads Bobcats, Grapeland’s first Class 2A opponent of the year.

The Sandies wasted little time in dispatching the Bobcats as they hammered Cross Roads by 45 points, 76-31. Deco Bryant led Grapeland in scoring with 13 points. The win brought the Sandies record to 9-0 to open the season.

Grapeland’s next game was against the #12 Class A Neches Tigers but as of press time, the score was unavailable. 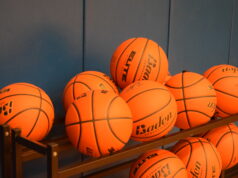 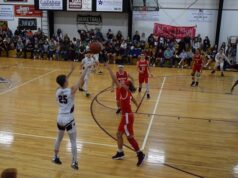 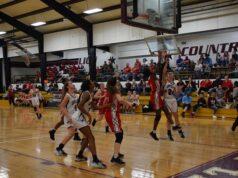