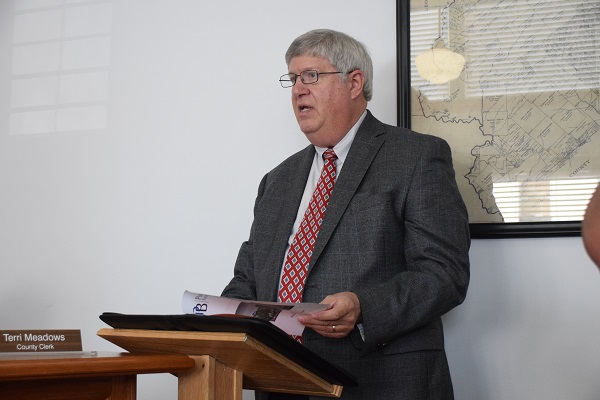 HOUSTON COUNTY – While the regularly scheduled meeting of the Houston County Commissioners Court on Tuesday, Aug. 27 was highlighted by a tense exchange over differences between the Crockett Fire Department and Emergency Services District #2 (covered in a previous edition of The Messenger), there were other matters discussed during the court session.

One of these items was a presentation from Tab Beall from the legal firm of Perdue Brandon Fielder Collins and Mott, LLP, concerning delinquent taxes owed to Houston County.

“This is to give you a snapshot of your delinquent taxes (owed to the county) and what’s going on. I know this time of year is budget and tax rate adoption time. The highlight of this is there is nothing bad to report. There are no black holes or red flags, no major bankruptcies or major delinquencies. I know in the past you have had a couple of significant industries that were either closing or delinquent in their taxes, but there are no such problems today,” Beall said.

“We have a process we follow where we contact the property owners before we file suit. Part of that process is to make sure when we reach out that there is no hardship or other cause as to why they haven’t paid their taxes on time,” he said.

Prior to the delinquent tax discussion, County Auditor Melissa Jeter addressed an agenda item concerning the cancellation of a contract with Polk County for home delivered meals.

“Our director, Belinda Henson, has worked hard on this. She is looking for cost saving measures. We have been with Polk County since November of 2011. They actually helped us set up our program and helped us get it going. This is strictly a cost saving move. Right now, Belinda has to go and gather powdered milk, sort it and put it into smaller bags. Then she has to get fruit and bread from local vendors and put it all in one big packet. Then, the delivery drivers will bring it to our clients,” Jeter said.

She added a company known as Traditions Meal Solutions was 10 cents more expensive, but “… everything was included, including the delivery. We would like to keep our local vendors and Polk County to spread our money to, but that budget is so tight, it breaks even and the county doesn’t have to fund it at all. That’s the reason for this.”

Motions were made, seconded and approve cancelling the contract with Polk County and approving a contract with Traditions Meal Services for the purchase of home delivered meals for Houston County.

As the meeting continued, County Emergency Management Coordinator and Fire Marshal Roger Dickey was asked to provide on drought and fire conditions.

“Our drought index this morning was 667 out of a possible 800,” Dickey said. “All year long, I’ve been saying about August we’ll be wishing we could get some rain and now we’re there. The burn bans are encroaching on us from the west, north and south. We are starting to have a couple of little fires and I think the only reason we haven’t been busier is because of the humidity. It’s getting worse every day and nothing is in the forecast,” the fire marshal said.

Dickey also indicated he had spoken with the US Forest Service earlier in the day and they agreed with the initiation of a burn ban. The court approved the measure and initiated the burn ban, effective immediately and until the next meeting of the commissioners. 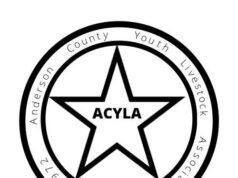 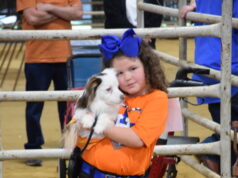 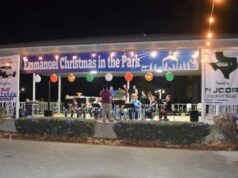 Christmas in the Park Helps Usher in Holiday Season