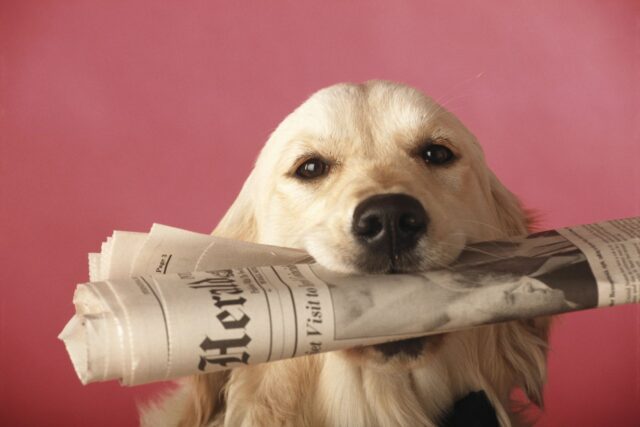 MESSENGER OFFICE –   If I wrote a sweet story about a lady’s cat getting rescued from a tree, someone on social media would say, “Why didn’t they ask about her tax return from 1987? What is the Messenger hiding?”

After three months on the job, I already feel like a grizzled veteran in the trenches of Houston County news. I still love the job – don’t get me wrong – but I sure understand now the shell-shocked, thousand-yard stares of anyone who ever had to walk through a minefield!

I am approached all the time by people with a story to tell. Sometimes, their kids have won an award. Sometimes, they have a piece of history they want to share.

Sometimes, it’s not quite so cut and dry. The goal of this paper is to be almost like a local scrapbook of our lives. We stay out of national news and national politics. We do not print the arrest report in full – most of those are good people who had a bad day and probably do not need it made worse by their grandmother seeing their name in the paper.

We do cover crime, especially notable arrests or threats to the public. I admit I love a good “dumb criminal” story.

We do not, however, have the resources – or the desire – to do in-depth investigations and so-called ‘gotcha’ reporting. I have received several calls about different potential scandals or reports of people potentially doing things they should not.

It is similar to the controversy surrounding the CEIDC (Crockett Economic and Industrial Development Corporation) and its Executive Director James Gentry. I interviewed Gentry and gave him the opportunity to answer his critics. Whether he was successful in that or not – is for you to decide. My job is to turn the mirror on him and faithfully report what he said. I cannot carry out a forensic audit myself – I barely made it through Algebra 2! But when the results of such an audit become known, I will be happy to publish them fully and completely – and let the chips fall where they must.

In the meantime, I will continue to try and be fair to everyone. The one good thing about being the “new guy” is that I have no friends, but no enemies. I love and respect everyone the same.

I could go on like this with more examples, but it’s a big county to cover and I am burning daylight! Come see us at the candidate’s forum Thursday evening at the Crockett Civic Center.

Bless all of our neighbors, friends and families! And as the old saying goes, “Don’t kill the messenger!”