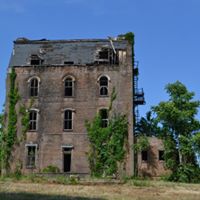 CROCKETT – A crumbling piece of history is getting a boost from local residents as the Mary Allen Museum of African American Art and History, Inc. is launching an effort to “Save the Bricks” of Mary Allen College.

The museum will be hosting a 2020 Capital Campaign Fundraiser Party on Saturday, June 29 at the Mary Allen Museum Heritage House located at 1503 S. Fourth St. in Crockett. The event is scheduled to begin at 2 pm and will last until 5 pm.

Everyone is welcome to attend for an afternoon chock full of music, games, food, historical tours and entertainment.

Mary Allen College was the first African-American women’s college in the state of Texas. Initially, the college was a religious school, founded by Presbyterians. In 1924, it was restructured and became an accredited junior college. The school was closed in 1943, reopened the following year, and operated until 1972.