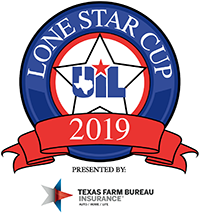 GRAPELAND – Even though the 2018-2019 school year has drawn to a close in Grapeland, the Sandies and Sandiettes are still battling for a state championship. The first thought of many might be this is in softball or baseball.

Given the success of the two programs in recent years, that would be a fair guess – but it would be wrong. Grapeland is in the hunt for the Lone Star Cup and as of Friday, May 24 – Grapeland was tied for first place with only three events left to be figured into the final score.

What it does not include are the awarded points from Academics, Softball and Baseball. The final update will be June 14 with the results becoming official on July 1.

According to the scoring rules, this will give the Grapeland team six additional points. Added to the GHS team’s current total and you have 56 which would move the Sandies and Sandiettes into sole position possession of first place.

The current standings show Grapeland, Mason and Sundown all tied with 50. Martin’s Mill is in fourth place with 47 points, Thorndale sits in fifth with 44 and San Saba is in sixth with 42.

Rounding out the Top 10, Gruver holds down the seventh spot with 38, Wellington is in eighth with 36 points while Lindsay and Panhandle are tied for ninth with 35 points apiece.

During the 2017-2018 school year, GHS finished third in the overall standings.

“Standings will be publicized on the UIL Website and in the UIL Leaguer. Tabulations will be verified and maintained by the University Interscholastic League,” the UIL website states. 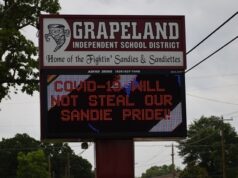 Childress Back on GISD Board